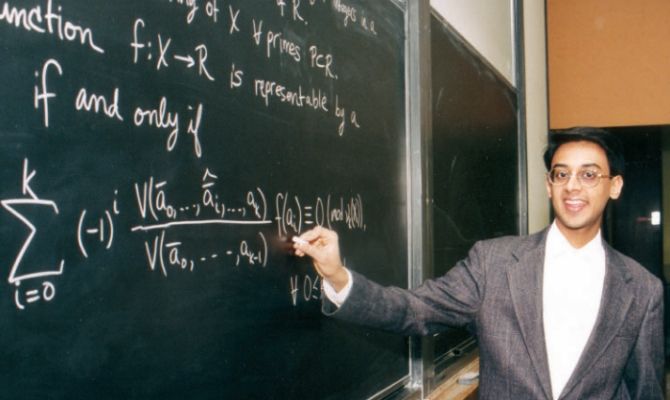 "It's really a subtle question -- where the Pythagorean theorem first originated," says Dr Manjul Bharagava, winner of the Fields Medal, the world's top prize in mathematics, when asked about the controversy over the claims of Indian origins of the theorem by Dr Harsh Vardhan, India's minister of science and technology.

Dr Vardhan, a surgeon by training, made the claim at the 102nd Indian Science Congress in Mumbai, which also hit headlines for claims that included assertions of ancient inter-planetary flight, of herbal pastes being used on the feet to find underground water, ways to use dung with herbs and egg white to make natural plastics, and the performance of reconstruction plastic surgery 3,500 years ago.

The Pythagorean theorem, which could be tested in a more evidence-based model, states that the square of the hypotenuse of a right triangle is the sum of the squares of its two legs. (usually framed as a2 + b2 = c2), where and c is the length of the hypotenuse, and a and b are the lengths of the two other sides. It is credited to Pythagoras of Samos, a mathematician, philosopher and religious leader.

"It depends on what you mean (where the Pythagorean theorem first originated)," says Dr Bhargava, the Brandon Fradd professor of mathematics at Princeton University, adding that there are different levels of knowledge of the theorem.

"One is the one that originates in 2,500 BC in Egypt," he adds. "There's no statement of the theorem anywhere, but there is some knowledge that seems to be indicated of it because there are (Pythagorean) triples (when the length of the three sides are whole numbers, such as 34, and 5)."

While these are not written down, these ratios that satisfy the theorem can be seen in structures there.

"These numbers that come up in 2,500 BC are like 3, 4, 5 and 5, 12, 13 -- some small triples that show some knowledge," says Dr Bhargava. "These could easily have come by trial and error or coincidences. There's no written evidence. There's a big probability that they had knowledge of it, but there's no hard evidence; it's more speculation."

If the idea was just that "there's some inkling that something like the Pythagorean theorem is true, that definitely goes back to 2,500 BC," he says.

According to Dr Bhargava, "The first systematic systems of listing a2 + b2 = c2 happens in the Plimpton tablets, which happen in about 1,800 BC (in Mesopotamia, or the modern-day Arab world). That shows a systematic understanding of producing solutions to that equation. That shows much more likelihood of knowledge of the Pythagorean theorem in a more general framework. But again there's no written statement of the theorem."

He agrees that the very large triples seen on the tablets suggest that a good understanding of the idea is more likely.

"I would guess they had a knowledge of the Pythagorean theorem," Dr Bhargava says, adding, "If you're looking for hard scientific evidence, it's completely conceivable that they were just looking at algebraic solutions to the equation a2 + b2 = c2 without any geometric connection because there's no... picture, no reference to any triangle. it's just an abstract equation: a2 + b2 = c2... There's not clear evidence that geometry was behind what they were doing -- although it's entirely possible."

"These are the difficulties with history -- because we don't have a complete record of what they knew, we just have a little glimpse. But a2 + b2 = c2 comes naturally for number theorists, even when they're not thinking about triangles."

Arguing again that there are different standards for empirical evidence, Dr Bhargava says, "If you're happy with a systematic solution to the equation that come up in the Pythagorean theorem even though there's not a complete statement, one would say it came up with the Babylonians in Mesopotamia around 1,800 BC."

"Another standard would involve," he adds, "the requirement of a document that explicitly states the Pythagorean theorem -- the geometric theorem. That first occurs about 800 BC in India in the Shuba Sutra of Baudhayan."

"In that sense, if you want hard scientific evidence, it's accurate to say that the Pythagorean theorem was first (recorded) in India in about 800 BC. Another standard could go beyond a mere statement," says Dr Bhargava.

"One can go further than that -- which is the standard that mathematicians often use -- that while it's nice to have the explicit statement but if there's no proof well, then, maybe they (the ancient culture being studied) didn't know it," he says.

"The Shuba Sutras do contain proofs in some special cases and contain numerical proofs in general, but the first actual rigorous proof of the Pythagorean theorem that's on record originates in China -- after the Shuba Sutra."

"So in China in school textbooks they often call it the Gougu theorem. And that was first given in a Chinese manuscript some years later (the Zhou Bi Suan Jing, the material for which dates back to sometime between the 1046 BC and 256 BC)."

"So maybe the statement of the theorem went from India to China, but the actual proof -- the complete, rigorous proof -- was given in China, at least as far as written records go. That's why the Chinese ... (named) the Pythagorean theorem after the person who first proved it (and) who was in China."

According to Dr Bhargava, all these layers of information suggested the question of who discovered the theorem is not a well-defined one.

"It depends on what standard you are using," he says. "But a very natural one for the common people is, well, where was it first stated explicitly. And for that India is the correct answer and it's certainly reasonable to say the Pythagorean theorem originated in India. But if you want to be really rigorous and (ask) who first totally understood even the proof of that then it would naturally be the Chinese."

Dr Bhargava feels there is something to draw from the discussion.

"The Pythagoras theorem is clearly the wrong name; that's clear," he says, laughing. "He (Pythagoras) clearly stated it way after it was stated in India. It is not clear that he proved it at all. From neither perspective -- the statement or the proof -- is the 'Pythagorean theorem' a correct name."

Dr Bhargava agrees that nomenclature can be driven by more chauvinistic needs.

"I think sometimes some nationalism, if it inspires them (students) to go into that subject and do well, it's OK as long as it's not false. And all these countries have a thoroughly legitimate claim to say the Pythagorean theorem is invented there. And they are all correct, depending on what standard they implement." 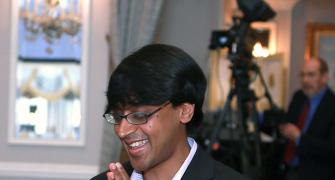 A professor who sees common thread in Sanskrit, music and math 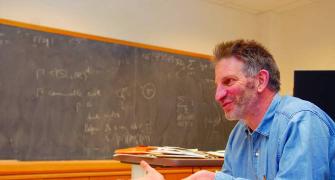 'Anything he touches, glows' 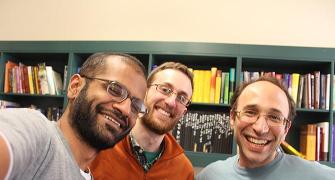 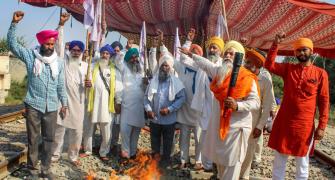 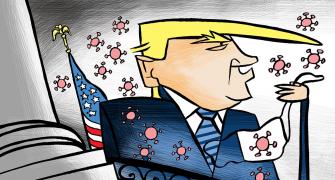 The Age of the Loh Purush 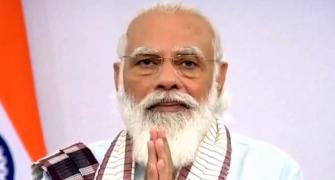 'Math research is not considered a reasonable career option'

Numero Uno: This Indian has won the math Nobel