Will kill Pak officials if Davis is released: Taliban

The Taliban on Monday warned the Pakistan government not to release American national Raymond Davis, who allegedly shot dead two men in Lahore in January, saying any official involved in a move to free him would be killed by militants.

"Any Pakistani government official playing any role in Davis' release will be killed by the Taliban," said Azam Tariq, spokesman for the Tehrik-e-Taliban Pakistan.

"The people of Pakistan should stand up against efforts being made for the release of the American killer. The case of Davis should be decided in accordance with Shariah (Islamic law)," Tariq told PTI on phone from an undisclosed location.

The Taliban have also demanded that Davis should be executed by the authorities or handed over to militants who would decide his fate. Davis was arrested in Lahore on January 27 after he gunned down two armed men who allegedly were trying to rob him.

A third Pakistani was killed by a US consulate vehicle rushing to aid Davis.

Tariq claimed the case of Davis was a 'big challenge' for the Taliban. He warned that lawyers defending Davis, the judge hearing the case, politicians supporting his release and security forces would face 'dire consequences' if they did not give up their efforts.

"We will kill the supporters of Raymond Davis one by one. According to Shariah, he should be eliminated. He is killer of Muslims and, as such, his release is impossible. He may be released under Pakistani laws, which are un-Islamic and we don't accept them," Tariq said.

The Taliban will continue their struggle against all 'secular forces', he said.

"We consider democracy 'kufr' and those supporting it are promoting un-Islamic values in society," he said.

The shooting incident in Lahore has triggered a diplomatic crisis between the US and Pakistan. Repeated US demands for Davis to be freed on the ground of diplomatic immunity have been rebuffed by Pakistan's top leaders.

Talks between the US, Afghanistan and Pakistan set for February have been put off and American lawmakers have warned that the row could affect civil and military aid for Islamabad. 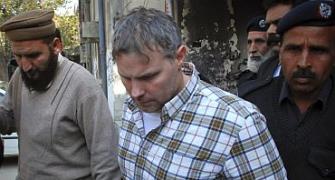 US suspends talks, threatens to cut aid to Pak 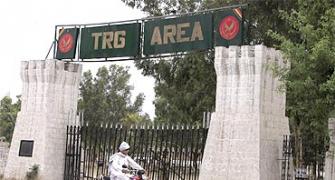