UK to send ventilators and oxygen concentrators to India

As India battles a severe second wave of coronavirus pandemic, the United Kingdom on Sunday announced sending life-saving medical equipment including ventilators and oxygen concentrator devices to the country. The UK high commission said more than 600 pieces of vital medical equipment will be sent to India to support the country in its fight against COVID-19.

It said ventilators and oxygen concentrator devices are due to leave the UK on Sunday and the first shipment is expected to arrive in Delhi early on Tuesday with further consignments reaching later this week.

"We stand side by side with India as a friend and partner during what is a deeply concerning time in the fight against COVID-19," British Prime Minister Boris Johnson said.

"Vital medical equipment, including hundreds of oxygen concentrators and ventilators, is now on its way from the UK to India to support efforts to prevent the tragic loss of life from this terrible virus," he is quoted as saying by the high commission.

It said the assistance package, funded by the Foreign, Commonwealth and Development Office, includes ventilators and oxygen concentrators from surplus stocks.

"It will be used by the government of India to provide vital medical treatment to those suffering from COVID-19 in India," it said.

The high commission said the support follows a request from India and British Prime Minister Johnson's pledge for the UK to do all it can to help the country.

"In total, nine airline container loads of supplies, including 495 oxygen concentrators, 120 non-invasive ventilators and 20 manual ventilators, will be sent to the country this week," the high commission said.

It said the equipment will be crucial in helping to save the lives of the most vulnerable in India.

"The oxygen concentrators, for example, can extract oxygen from the air in the atmosphere so that it can be provided to patients, taking the strain off hospital oxygen systems and allowing oxygen to be provided in situations where hospital oxygen supplies have run out," it said. 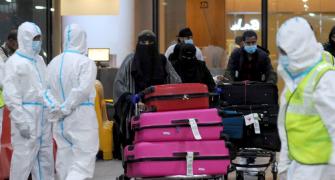 COVID: UK to bring in hotel quarantine from Feb 15

Will Indian team travel to UK despite COVID 'red list'? 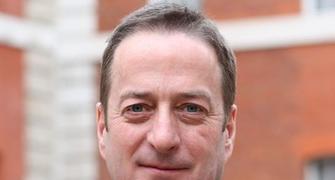 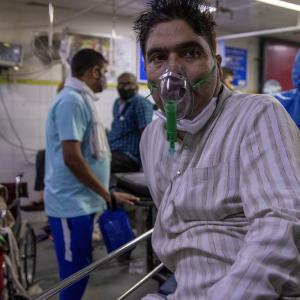