Giant 'cat' comes to life in huge billboard in Tokyo

A gigantic 3D cat has appeared on a billboard in Tokyo, where it looms playfully over one of the city's busiest railway stations. 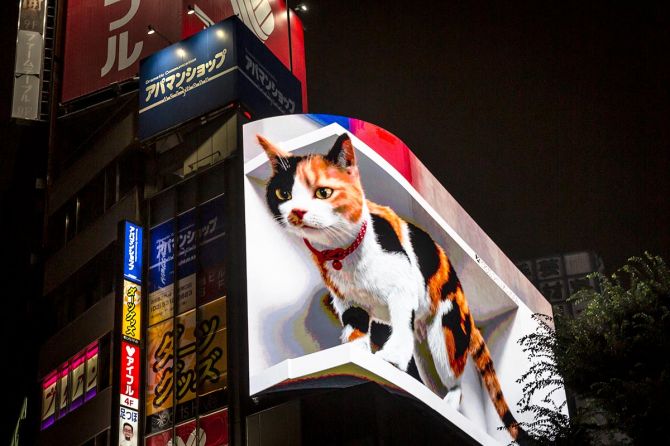 Shown between advertisements, the hyper-realistic feline comes to life on a 1,664-square-foot curved LED screen in the Shinjuku district. The 4K-resolution display shows the cat walking around high above the Japanese capital as it audibly meows.

Depending on the time of day, the "Shinjuku cat" will appear differently. In the morning it wakes up, and in the afternoon the cat roams across the screen. Then right before its bedtime in the evening, it lies down and falls asleep.

The billboard is located over the east exit of Shinjuku train station where about 190,000 people pass the screen every weekday, according to a website launched for the display, known as Cross Shinjuku Vision.

The animated cat has drawn attention from social media users, many of whom call the billboard cute and exciting. 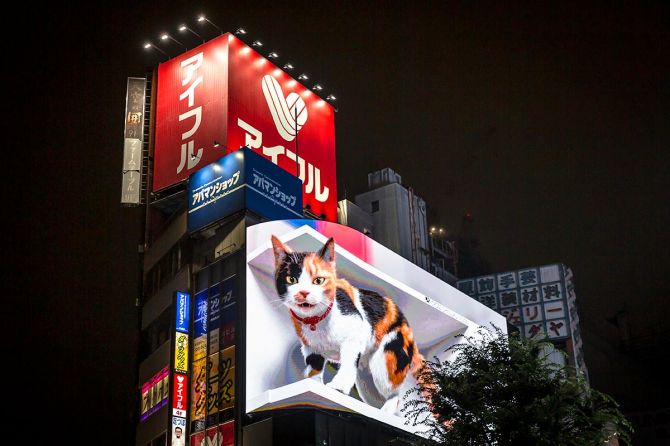 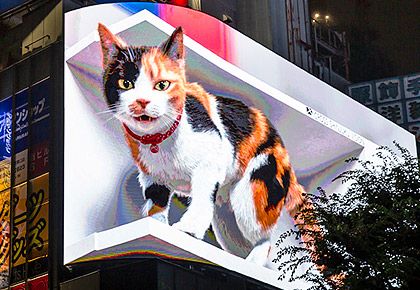 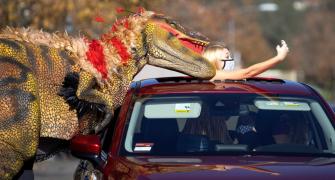 PHOTOS: The odd, odd world we live in!

Mirzapur To Coimbatore,Tiranga Unites Us 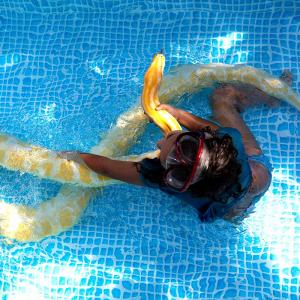 Would you dare to swim with a python? 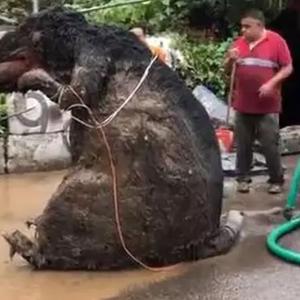