Pakistan recognition for Israel in exchange for F-35 jets?

It is well known that Israel would welcome a diplomatic relationship with Pakistan and feelings of a section of the Pakistani military were likewise.
Ashis Ray reports from London. The United Arab Emirates establishing full diplomatic relations with the predominantly Jewish State of Israel -- only the third Muslim Arab country to do so after Egypt and Jordan -- has raised questions in academic and diplomatic circles as to whether Pakistan will follow suit.

And if it does, will the US reward it with a fleet of F-35s -- its fifth-generation stealth fighter jets?

A Pakistani diplomat, who was close to the late Benazir Bhutto, revealed that when the latter was out of power and attempting to make a comeback, American officials met her over dinner and told her point-blank that the US administration would not only help her to return to office, but ensure an extended tenure in government, if she gave a commitment that Pakistan would recognise Israel once she was in the driving seat.

Bhutto had been a victim of two unceremonious ousters in 1990s -- with the Pakistani military being complicit in these -- after being elected prime minister.

It is unclear if she provided any guarantees, since political opinion in Pakistan has staunchly been behind the Palestinian cause.

Countries like the UAE have historically been no different. Now, American media are reporting that talks have taken place between Washington and Abu Dhabi on a potential sale of F-35 jets.

The Wall Street Journal claimed such dialogue is 'raising thorny questions for Israel's security in the Middle East'.

It cited, quoting US officials, that the UAE 'has long sought the jet fighters' and that extending a hand of friendship towards Israel was based on 'an understanding that the Emirates could have access to advanced American military hardware'.

CNN thinks the proposed transaction is a 'secret push' by US President Donald J Trump's son-in-law and senior advisor Jared Kushner, and that the clandestine initiative 'has caused confusion and frustration among agencies and congressional committees that would normally be involved in such a sale, but have been left in the dark'.

Trump himself stated the sale, previously on hold, was 'under review'. A senior director for West Asia in the US administration's national security council, Miguel Correa, is said to be leading the discussions with the UAE.

The UAE foreign ministry stated, 'The F-35 has been part of these plans for more than six years.'

'With the signing of the new accord (with Israel brokered by the US) and the added assurances it provides,' the UAE added, 'we expect closer security cooperation among all three countries, including on air defence and systems'

The New York Times corroborated that the Emirati military was recently given a classified briefing by US administration officials on the F-35s. However, any sale of these would be subject to approval from congressional committees.

Notwithstanding Israel's elation over recognition by the UAE, the Jewish lobby in the US is expected to persuade representatives and Senators to block it. Arms exports from the US generally take years to mature.

He apparently admitted he did not take alternative prime minister and defence minister Benny Gantz into confidence about normalisation of relations with the UAE.

Foreign Minister Gabi Ashkenazi reportedly said he was not made aware of any security aspects of the deal.

Hardliners in Israel are concerned about it losing its air superiority in West Asia.

It is well known Israel would welcome a diplomatic relationship with Pakistan and feelings of a section of the Pakistani military -- an Israelogist at the School of Oriental and African Studies observed -- were likewise. He did not, though, envisage Pakistan openly embracing Israel. Instead he visualised a covert link.

In the past, informed circles in Britain have maintained Israel supplied components for F-16 aircraft to the Pakistan air force.

When in 1992, then prime minister P V Narasimha Rao proceeded with full diplomatic relations with Israel, Tel Aviv supported India's position that Pakistan should vacate the part of Jammu and Kashmir occupied by it. But it did not reiterate this stance in a joint statement between then prime ministers Atal Bihari Vajpayee and Ariel Sharon in 2003. 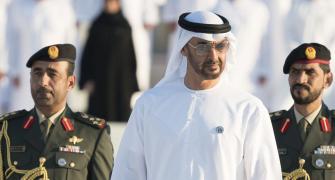 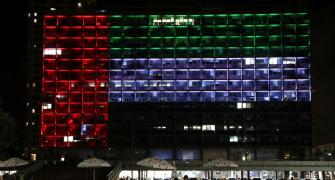 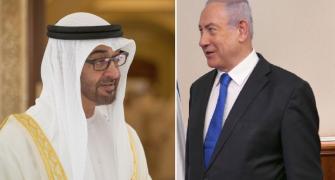 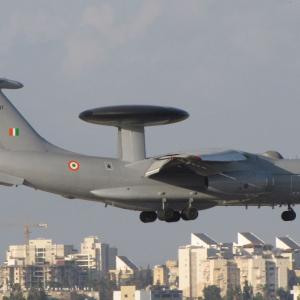 Is Saudi-Pak relationship under threat?