Briefing the media about the security arrangements, Asthana said a total of 27,723 Delhi Police personnel, including 71 DCPs, 213 ACPs and 753 inspectors, have been deployed in the capital for the Republic Day parade. They are being assisted by 65 companies of CAPFs.

The police chief said preparations for the day had started soon after Independence Day last year and over the last two months, the Delhi Police intensified anti-terror measures in coordination with other security agencies.

"Since the last two months, we have intensified our anti-terror measures. These measures have been taken on 26 parameters very intensively. It is also because Delhi has always been a target for terrorists or anti-social elements. This year also we have been very alert," Asthana said.

He said that the anti-terror measures taken include blockades (nakka bandi) at various places, checking of vehicles, hotels, lodges and dharamshalas, and verification drives like that of tenants, domestic workers, labourers.

"In the last 15 days, vehicle checking and blockades at different exit points in parts of the city have been intensified, so that if there is any movement, we can easily check and verify it," he stressed.

Counter-drone technology is being used for air-space security. The security in and around the area where the Republic Day celebrations will take place has also been secured with the help of the Delhi police along with other agencies, Asthana said.

Security arrangements have also been made in coordination with officers of those agencies working for the Central Vista project, he added.

For Republic Day arrangements, the officer said that besides the internal meetings of Delhi Police, inter-state coordination meetings were also held to ensure there was no lapse of security.

For anti-sabotage check, besides the teams of the Delhi police, other agency teams were also being deployed, he said, adding that about 200 teams were working towards it.

For sometime now, through social media monitoring cell, the Delhi police have 'proactively' created awareness among public. Through one of the programmes initiated, people are made aware about the don'ts and dos' and to stay alert about any unattended bag or other objects.

"This has had an impact because we are getting a lot of calls on daily basis at our police control rooms. We are receiving such inputs from the public and then we cross-check them," he explained.

Along with creating awareness, Asthana said, they also put out facts and important information on social media to counter misinformation campaigns by anti-social elements, Asthana asserted.

About traffic arrangements, he said an advisory had already been issued stating specific restrictions on routes so that no inconvenience is caused to the general public.

According to a recent order, operation of sub-conventional aerial platforms, including UAVs, paragliders and hot air balloons, over the national capital has been prohibited in view of the Republic Day celebrations.

The order came into effect on January 20 and would remain in force till February 15. 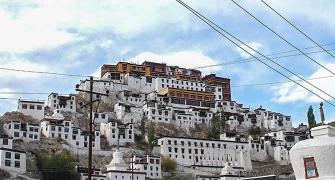 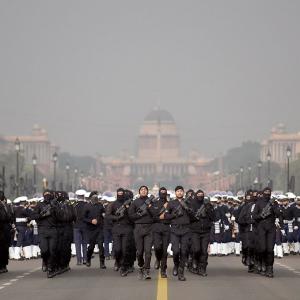 Is Republic Day truly worth a celebration?