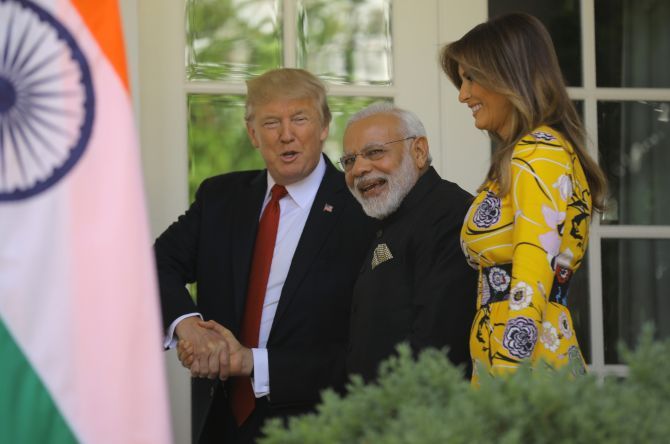 Prime Minister Narendra Modi on Monday met President Donald Trump for their first summit with focus on pushing the strategic ties amid the United States' strong message to Pakistan by declaring Hizbul Mujahideen chief Syed Salahuddin as a global terrorist. 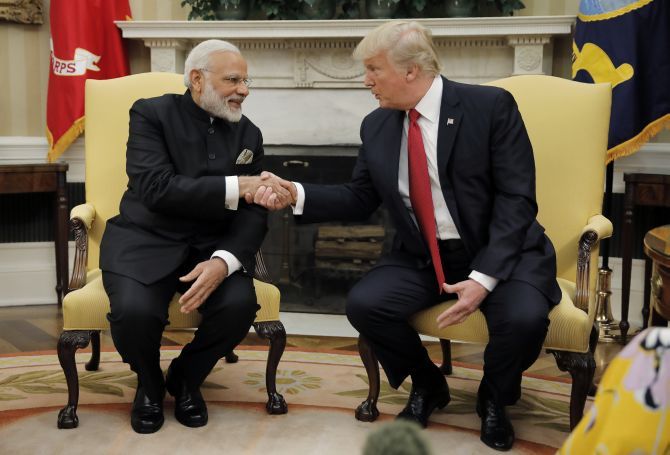 In a special gesture, Trump and the first lady Melania came out on the South Portico of the White House to receive Modi.

At the White House portico, they exchanged pleasantries and had a brief interaction before going inside for the summit meeting.

Trump and his wife warmly welcomed Modi and they were seen exchanging pleasantries and having a brief interaction before going inside the White House.

As the two leaders sat for the meeting, Modi expressed gratitude to Trump and the first lady for the warm welcome extended to him. 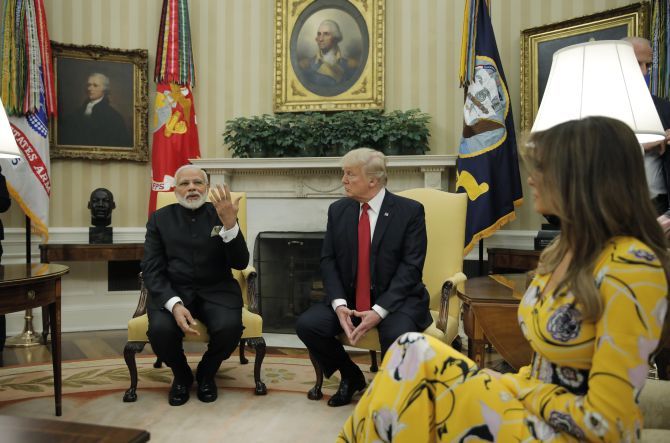 He said the welcome extended to him was a welcome to 125 crore people of India.

The prime minister said Trump has been paying attention to India's growth march and economic progress.

He recalled that Trump had visited India in 2014 even before he became the Presidential candidate and had made ‘warm observations’ about him, which he could never forget. 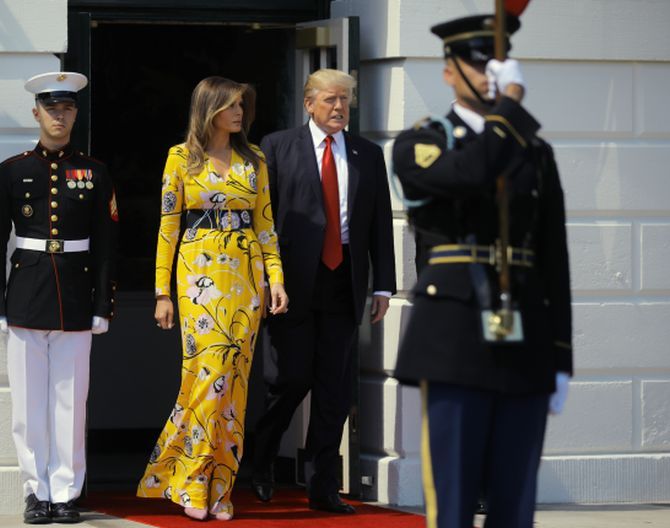 Among the issues on the table were counter-terrorism cooperation, defence partnership, global cooperation, trade and energy.

Prime Minister Modi, while thanking Trump for the warm welcome rendered to him, said the kind of welcome he was given, it was a welcome to the 125 crore people of India. 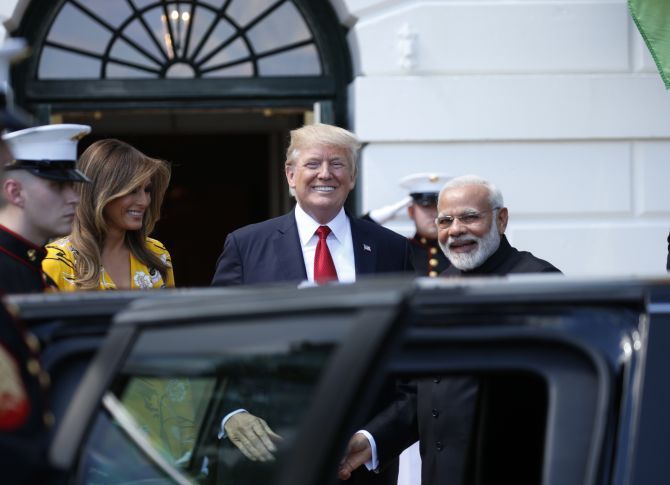 Heaping praises on Prime Minister Modi, Trump said that he had been reading a lot about him and that he would want to congratulate him for the exemplary leadership he has shown, primarily, economically. 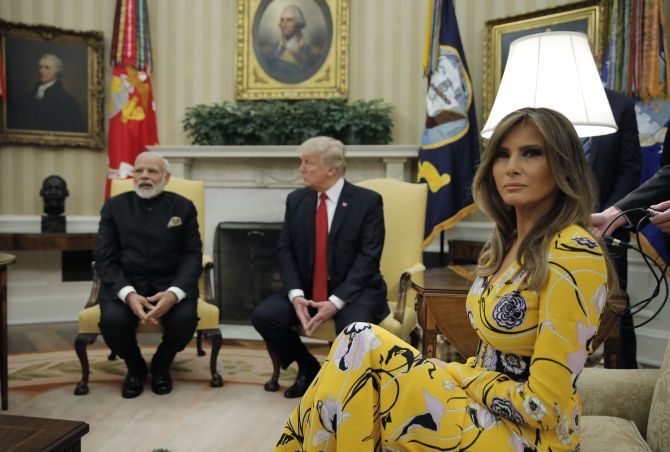 Describing Narendra Modi as a ‘great Prime Minister’, President Donald Trump on Monday discussed with him ways to push the bilateral strategic ties.

As the two leaders sat for the meetings Trump, who had recently described Modi as a ‘true friend’, said it was ‘a great honour’ for him to receive the prime minister.

“He is such a great Prime Minister. I have been speaking with him and reading about him. He is doing a great job. Economically, India is doing very well and in so many other ways. I would like to congratulate him for this,” he said in brief comments. 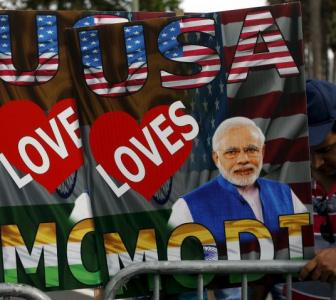 Modi-Trump Summit: There is plenty of scope, but... 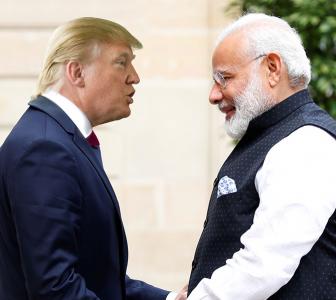 The Modi hug vs the Trump handshake 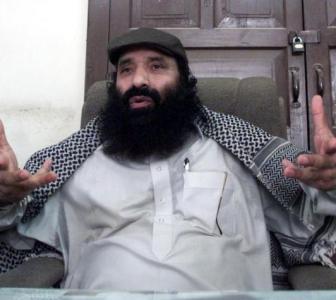 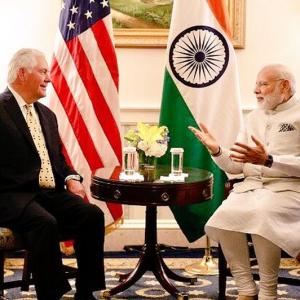 Tillerson, Mattis call on Modi ahead of meet with Trump 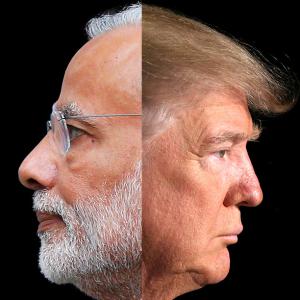 Modi-Trump meet: Why I have low expectations