'This press conference is a turning point in modern India's history'

'Although we claim to be a democracy, we are virtually being ruled today like a dictatorship.' 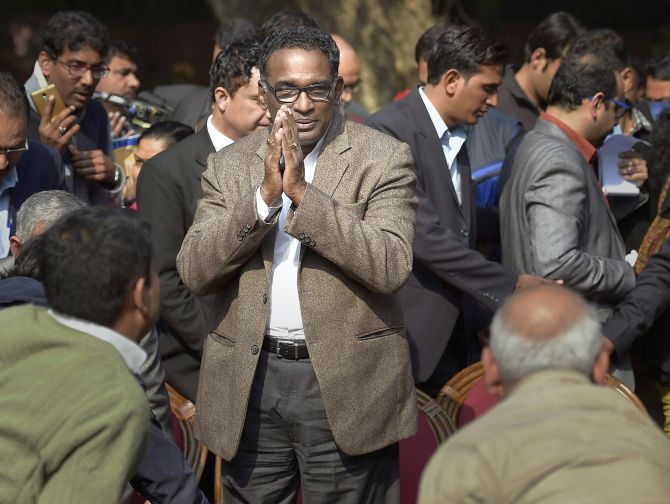 "The Chief Justice of India should tell the country his difficulties (why he is doing what the four judges of the Supreme Court have claimed) and he will become a hero," Dave tells Rediff.com's Prasanna D Zore.

What does the unprecedented press conference by four senior judges of the Supreme Court tell you?

It reflects frustration on the part of the senior judges at the conduct and behaviour of the Chief Justice of India in dishing out matters of public importance and political sensitivity to a chosen few, who will decide only in favour of the government, the BJP and the RSS, and who will not independently decide those matters.

This press conference, according to me, is a turning point in modern India's history.

Although we claim to be a democracy, we are virtually being ruled today like a dictatorship.

How will the press conference impact the independence of the Indian judicial system? Will it affect the confidence of the common Indian citizen in the judiciary?

The general public must understand, and I say so with all seriousness, that independence of the judiciary is seriously compromised.

In the higher judiciary, corruption, political interference are destroying judicial independence for quite some time, which has always been kept under the wraps, unfortunately, due to weak bars and an even weaker press.

This (the press conference), I think, will open the eyes and minds of the people to what's really transpiring within the Indian judicial system or what happens within the four walls of the Supreme Court.

Everything is not hunky-dory. It is a matter of grave concern and the four judges' press conference quite articulately voiced these fears that some seriously troublesome things are happening in the (Supreme) Court.

You must understand that the four judges have expressed their anguish after having failed to persuade the Chief Justice to see the light of day. Apparently, it seems they did write to him earlier too and requested to him not to do what he is doing.

The trigger (for this) (press conference) I think was my article (external link) in the Indian Express.

I can give you 50 other instances where the Opposition party (legal cases against Opposition leaders) matters have been singularly sent to certain benches to be dismissed in a way while matters affecting the current government and the political party in power are sent to certain (bench of) judges to see that they (the government of the day and the political party in power) benefit.

This is not the kind of judiciary that you and I want.

What is the way out? How do you think the judiciary will function from here on when four senior Supreme Court judges are at loggerheads with the Chief Justice?

Every institution today is under challenge.

We are going through one of the most difficult times in our history.

Every civilisation goes through this. We also have to go through this phase, and with the passage of time perhaps something good will emerge.

Do you think the Chief Justice of India should sit down with the aggrieved judges and sort out the matter amicably?

The Chief Justice is not in a position to sit with these four judges. He is facing serious allegations in the Kaliko Pul matter (the former Arunachal Pradesh chief minister had in his suicide note made serious charges against Supreme Court judges, including former CJI J S Khehar and incumbent CJI Dipak Misra, and some politicians and lawyers) and in the medical college matter, and the government knows this.

The Chief Justice of India should tell the country his difficulties (why he is doing what the four judges of the Supreme Court have claimed) and he will become a hero.

The Opposition says they are planning to move an impeachment motion against the Chief Justice of India...

I don't know about that. I am a non-political person and I have equal dislike for every political party. 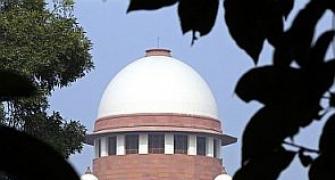 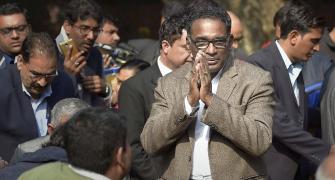