Gilgit Baltistan's large frontage with Kashmir and Ladakh across Kargil and the Siachen glacier gives Pakistan and China the perceived scope for conduct of collusive operations against India and wrest control of the major course of the Indus and Shyok, observes Lieutenant General Syed Ata Hasnain (retd) in part II of a fascinating column. 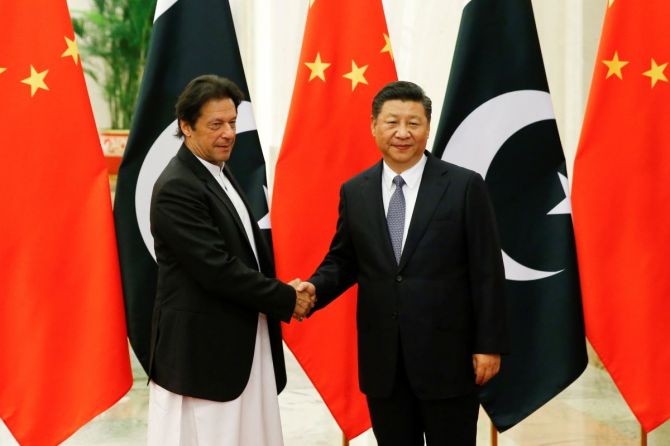 IMAGE: Xi Jinping, general secretary of the Communist party of China, with Pakistan Prime Minister Imran Khan at the Great Hall of the People in Beijing, November 2, 2018. Photograph: Thomas Peter/Reuters

Before attempting to understand what has altered in recent times to bring about a change in Pakistani thinking with the current government and the deep state contemplating giving Gilgit Baltistan the status of fifth province of Pakistan, it may be important to briefly examine Gilgit Baltistan's geo-strategic significance.

A huge extension of the territory of Ladakh and with a sparse population of just 1.5 million GB has a border with Afghanistan and with China.

It affords Pakistan a regional frontier and a land route with China, where it meets the Xinjiang Autonomous Region.

It is separated from Tajikistan by the narrow Wakhan Corridor, a legacy of the British empire designed to separate Central Asia from J&K due to Russian expansionist ambitions.

It is, in fact, the flagship project of the Belt and Road Initiative.

Given Gilgit Baltistan's proximity to China's Xinjiang Autonomous Region and the current problems of China with its Islamic Uyghur populace, it is a region with which China would always like to have deep affinity.

Cooperation and surveillance would ensure that Gilgit Baltistan's vastness and remoteness are not used for activities by the Uyghur against China.

It is also the territory through which China and Pakistan have a common boundary; the scope for broadening this lies in the Sino-Pak aspiration of the capture of territories in the Ladakh region under India's control.

Gilgit Baltistan's large frontage with Kashmir and Ladakh across Kargil and the Siachen Glacier gives Pakistan and China the perceived scope for conduct of collusive operations against India and wrest control of the major course of the rivers Indus and Shyok; water lifelines for Pakistan.

For China the existence of the Indian presence in Ladakh, especially north of the Ladakh range, is a real danger to Highway 219 which connects Tibet with the restive region of Xinjiang, hence its objection to the publication of the Indian map displaying Gilgit Baltistan and Aksai Chin as parts of the Ladakh Union Territory.

Ideally China would strategically favour its control from Tibet to Ladakh (ideally north of the Ladakh Range), Gilgit Baltistan and Pakistan occupied Kashmir.

Progressively over the last few years Gilgit Baltistan's strategic importance has only enhanced.

It had started with the handover of the Shaqsgam Valley to China in 1963, an action as illegal as can be.

That was to facilitate the construction of the Karakoram Highway the alignment of which was used to expand the scope to convert it to the CPEC giving China access to the Pakistani port of Gwadar.

The CPEC, on which China has invested $62 billion (and rumoured to be much more than that), is the flagship project of its Belt and Road Initiative.

Besides road infrastructure, there is projection of laying of optical fibre cable, railway and energy pipelines in the future; and the construction of the Daimer Bhasha dam on the river Indus (approximately, a $10 billion investment) for production of 4800 MW of power. 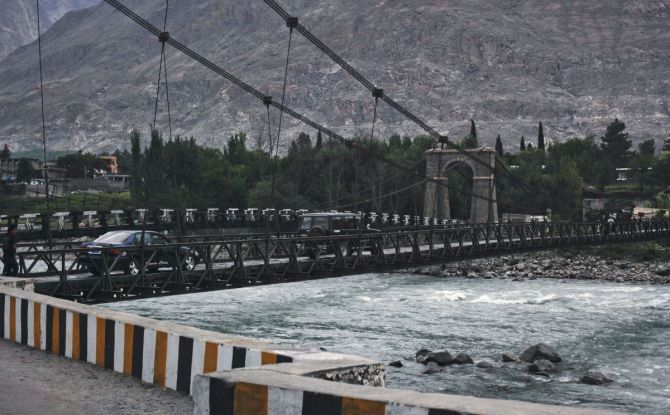 With so much at stake for Pakistan and China any potential threat to the status of Gilgit Baltistan would be a major strategic dampener.

Internal unrest due to mismanagement of local sentiment, insufficiency of rights and low scale economic development are all potential issues which can become millstones.

To top that, India's steadily gaining strategic confidence over the last six years culminating in the abrogation of Article 370 and administrative reorganization of JK&L appears to have unnerved Pakistan and to some extent China.

Such heavy investments made in CPEC infrastructure in territory strongly claimed by India would not be giving the Chinese any confidence.

To add to it, there are frequent references in the Indian media by politicians and military leaders about the intent to integrate Gilgit Baltistan with Ladakh.

In the light of this, a change in attitude and strategy over Gilgit Baltistan is evident in Pakistan.

The Chinese have given their nod too.

There seems more confidence in Pakistan that with India making irreversible changes to Jammu and Kashmir's Constitutional status for better integration and implementation of its historical claim, Pakistan too can afford to use some discretion to appease the local populace through a higher degree of self-rule and rights without compromising its case for a plebiscite.

Of course, it needs to be recalled that the issue of plebiscite is dead and buried, overtaken by the passage of historic events and the signing of the Shimla Agreement.

However, for Pakistan it is an issue which needs to be kept alive for a variety of reasons, not the least being the provision of hope to see J&K a part of Pakistan; reason enough to pursue the 'war by a thousand cuts' against India. 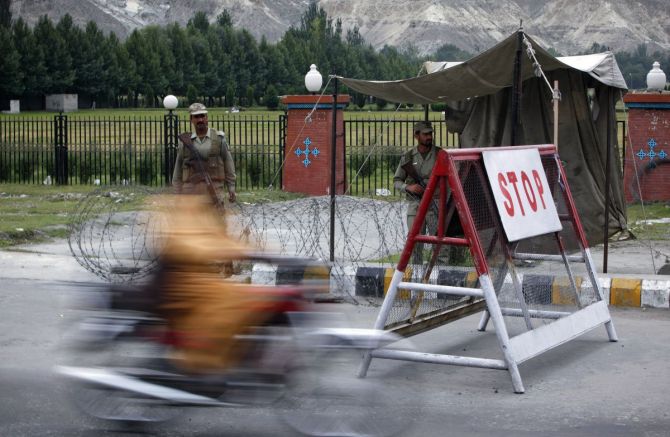 Pakistan has cleverly used the term 'provisional' in its announcement of the provincial status, projecting that it is reversible and therefore no attempt to permanently alter the status quo which could affect its argument towards implementation of UN resolutions and plebiscite.

How must India respond?

Firstly, it must reiterate its J&K narrative in no uncertain terms and focus on the Instrument of Accession which Pakistan challenges as having been signed under duress by the maharaja.

The approval of then governor general Lord Louis Mountbatten needs reiteration; we have been reticent in pushing this although with current efforts of the Government of India narratives are being revisited.

Secondly, India is aware that the strategic status of Gilgit Baltistan has drastically altered bringing China into the fray.

However, that should not deter pressing our legitimate claim internationally.

The illegality of ceding of the Shaqsgam Valley by Pakistan to China, the construction of CPEC through a territory claimed by India and now the change of status through creation of a province need to be adequately and repeatedly placed before the international community even though India adheres to the Shimla Agreement which dwells on bilateralism and no internationalisation.

We cannot allow Pakistan to pursue internationalisation while we follow bilateralism; the latter must be applied for resolution and not prevent the cultivation of influence in a more globalised world.

Third, Indian political leaders and senior government functionaries must continue their utterances towards the commitment to integrate GB and PoK with J&K and Ladakh, as done in 2019.

A consensus communication strategy towards this will be helpful.

Fourthly, the strong Indian response to Chinese coercion in Ladakh this year which was a test of our commitment must not be diluted in any way.

There is no way that collusive Sino Pakistan military coercion against India can be accepted.

Strong strategic partnerships must be pursued and the support of Russia too should be garnered.

Fifthly, India must continue reminding the people of GB of their plight under Pakistan's rule where they could not even get their basic rights and how their land and resources are being bartered away for Chinese support to Pakistan.

Lastly, it is well known that GB's population is Shia and does not have any close affinity for Pakistan.

We must continue playing on this sentiment and cultivate goodwill among the people of Gilgit Baltistan who must look towards integration with territories with friendlier disposition towards them and with far better economic prospects.

India does not seek military solutions to its problems as a policy.

However, a strong military deterrence is necessary and readiness for unpredictable circumstances which may demand military intervention should never be ruled out.

Lieutenant General Syed Ata Hasnain (retd), PVSM, UYSM, AVSM, SM, VSM is one of India's most respected commentators on national security.
The general commanded the Indian Army's 15 Army Corps in Kashmir and was known as the 'People's General' in the Kashmir Valley
General Hasnain is a frequent contributor to Rediff.com. 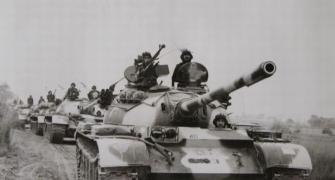 How to avoid a two-and-a-half front war

EC tells SC it can't be part of panel on freebies 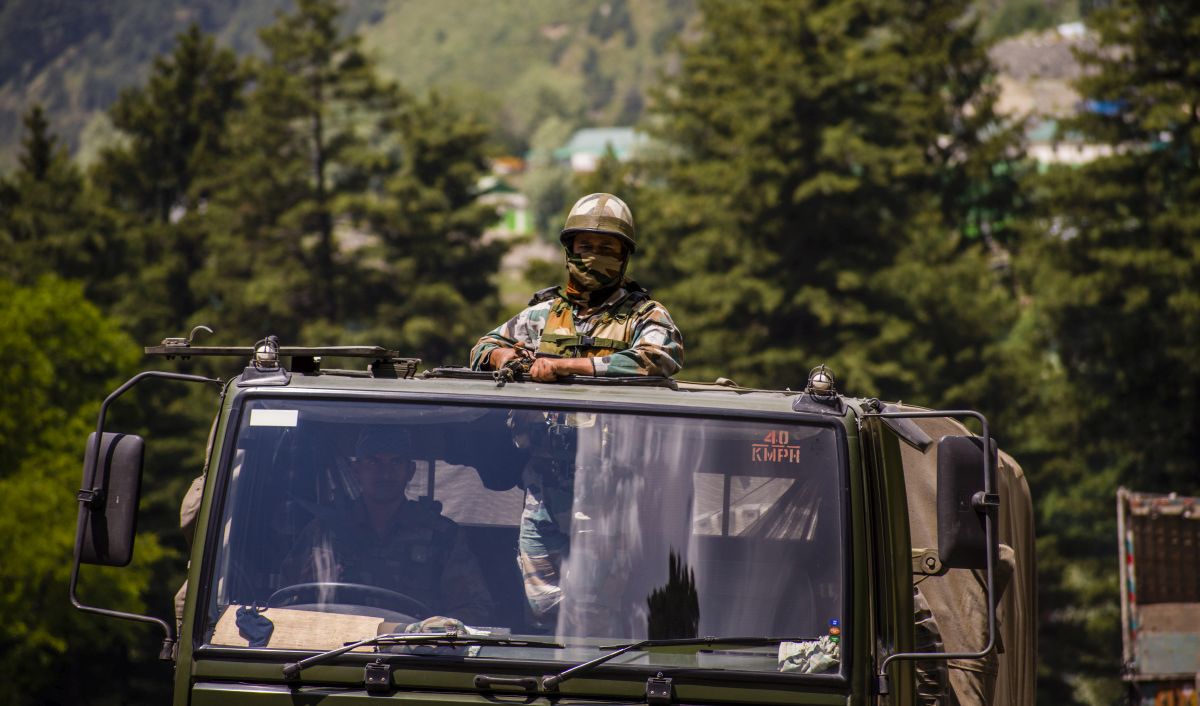 Will India face a China-Pakistan war in November? 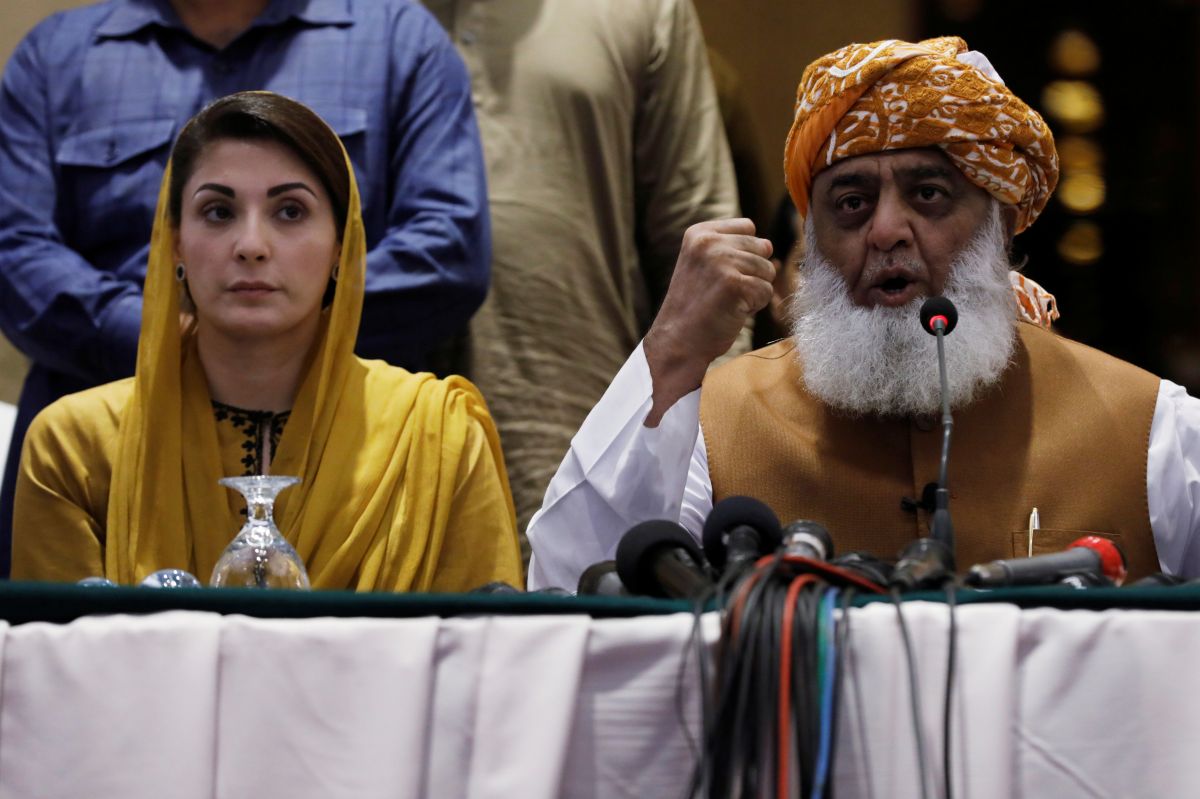 What is going on in Pakistan?