India must stop ignoring the Andamans

'The Andaman and Nicobar Islands are an asset that any country aspiring to become a major power would give anything to own.'
'It is disappointing that India has not capitalised on this potential,' says Vice Admiral Premvir Das (retd). 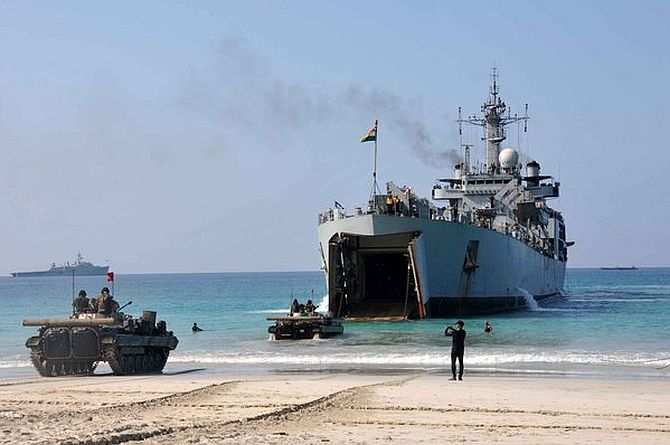 In the last few days, the armed forces have carried out a tri-lateral joint exercise off the Andaman and Nicobar (A&N) Islands.

Such exercises, structured to 'defend' this part of India, are not new, having been carried out over several decades. What has changed, however, is the scope.

Operations like night slithering by commandos and participation of more sophisticated ships and aircraft are being pursued.

However, the concept of 'defending' this territory against some unknown threat continues to dominate the theme.

For example, one phase of the exercise reportedly focused on the recapture of one of the islands which had been seized by an 'enemy'.

This essentially defensive approach, towards what should be seen as one of our strategic strengths, needs reappraisal.

Stretching 550-odd miles from north to south in the Bay of Bengal, lying about 700 miles from our major ports of Kolkata, Visakhapatnam (a major naval base) and Chennai, and comprising a couple of hundred islands and islets, the A&N Islands are an asset that any country aspiring to become a major power would give anything to own.

With Indonesia just 90 miles away southwards and the mainland of Myanmar, Bangladesh, Malaysia and Thailand no more than 300 miles to the north and east, the island group not only extends India's reach eastwards very considerably but also straddles the main east-west shipping lane across the North Indian Ocean.

It stands guard over exits from and entries to the Malacca Strait, the narrow channel connecting the Indian Ocean Region (IOR) with the Western Pacific.

Add to this six deep water ports stretching from north to south and the ability to deploy air power, and the strategic significance of this region becomes self-evident.

It is, therefore, disappointing that India has not been as proactive in taking measures to capitalise on this potential.

The four ports at Diglipur/Port Cornwallis in the north, Port Blair in the centre and Nancowry and Campbell Bay in the south, are all capable of accommodating our navy's largest ships; the old aircraft carrier INS Vikrant was deployed from the northern ports during the 1971 War even as the Pakistani submarine Ghazi searched for it off Madras (now Chennai) and Visakhapatnam and was sunk in the process.

During World War II, the Japanese captured these islands and operated their forces from Port Blair, Car Nicobar and Nancowry. At that time, there was only one really viable runway at Car Nicobar of about 7,000 feet. That at Port Blair was much smaller and rudimentary seaplanes from the Myanmar/Thai west coasts took off and on flew to it.

The situation has now improved, with Port Blair having a 10,000-feet runway, which has added to capability. This airfield and the one at Car Nicobar can now operate the Indian Air Force's larger aircraft and fighters though none are based in the A&N Islands.

Yet even this is sub-optimal. All the larger planes -- C130J, C17 and P8I -- must take three hours to transit from the mainland to the islands and another three to return, which effectively reduces their endurance substantially.

The transit time also delays their arrival on tasks. The aircraft can land there and refuel, but they can get to the operational area quickly only if they are stationed in the islands.

It can be argued that our existing assets do not permit permanent stationing of heavy duty and frontline platforms in the A&N, but sooner or later a choice must be made between tactical and short-term threat assessments and larger considerations.

Notwithstanding the above, there is no reason why pre-positioning of ground support equipment at Port Blair and Car Nicobar should not be a feature, so that these airfields are ready for immediate exploitation.

Also, the runway at Campbell Bay, presently less than 2,700 feet long, needs to be expanded to at least 8,000 feet to enable operations of larger aircraft.

This will permit comprehensive surveillance of approaches and exits of the Malacca Strait through which incoming and outgoing shipping must pass.

The 3,000-feet runway at Diglipur in the north must also be increased to 6,000 feet to enable operations of medium-sized aircraft.

The army has deployed a brigade (two battalions only) with one company stationed in Campbell Bay. This presence seems adequate to deal with foreseeable commitments. However, the naval deployments could do with some augmentation.

At present, mainly ships which can go on to beaches to send troops ashore a la World War II are based in Port Blair.

This presence, along with that of Coast Guard patrol vessels, should be supplemented by stationing a couple of frigates to provide greater combat capability and offensive power; enhancement in shore logistics and repair capabilities will be needed.

Arguments against such enhancements range from lack of 'carrying capacity' to environmental issues. It is true that almost everything has to be transported from the mainland for use of the 350,000 people who live in the A&N Islands.

Anything which tends to increase this load is viewed negatively. This factor is no doubt germane, but can be partly overcome by exploiting existing agricultural and marine resources more usefully with modern technology.

For example, in a region abounding in fish, the annual catch and the number of fishing vessels is abysmally low.

Water is an issue in the more heavily populated Port Blair, but there are several West Asian countries that make good use of plants which convert sea water into fresh water.

There are problems, but they are not insurmountable. An Island Development Authority has long been in existence, with not much to show for its efforts.

If India has to become a major Asian power, it must be able to demonstrate a military presence in the Indian Ocean Region, of which the Bay of Bengal is a crucial part.

The A&N Islands must be seen as a strategic 'force multiplier' that can make this task achievable, and not just as territory to be 'defended'.

They are where India's eastern seaboard lies and from where its power can be projected.

Vice Admiral Premvir Das is a former Commander-in-Chief of the Eastern Naval Command. He has also been member of the National Security Advisory Board.

IMAGE: A glimpse of the amphibious training exercise, Jal Prahar, held in the Andaman and Nicobar Islands between March 27 and April 18, 2017. Photograph: Indian Navy/Twitter 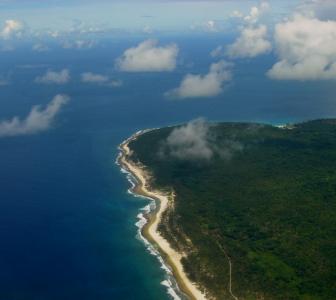 A Few Good Men and the Angry Sea: How the IAF regained a lost paradise 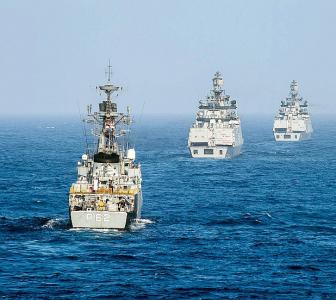 India's coming conflict with China in the Indian Ocean 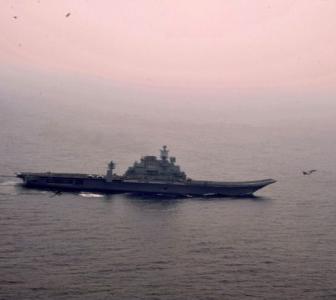 Why Malabar 2017 is important

Navy unveils plans, puts Andamans in forefront of its strategy