Masters and Outsider, up for release 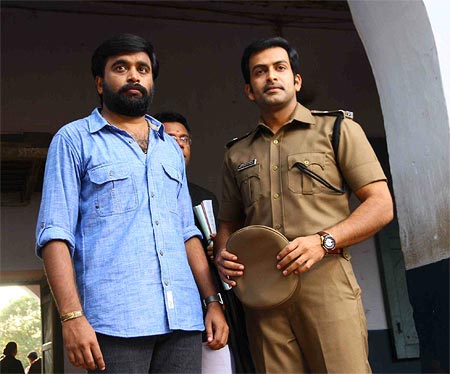 Image: A scene from Masters
Vijay G in Kochi

Get your lowdown on what's going on in the world of Malayalam cinema.

According to Johnny Antony, "Masters is not a comedy like most of my earlier films. It has a rather serious storyline, which has been handled with the kind of style that the story demands. Prithviraj plays a cop, Sreeramakrishnan, and Tamil actor Sasikumar plays Milan Paul, a journalist. The two are friends from their school days. They come together for a social issue which has great relevance now."

Masters is being produced under the banner of Sincere Cinema by B Sarath Chandran. The cinematographer is Madhu Neelakantan and the music director is Gopi Sundar.

'Masters has a superb script' 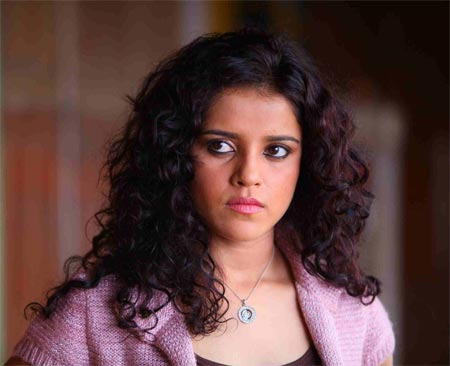 Image: A scene from Masters

Prithviraj says, "Masters has a superb script written by debutant Jinu Abraham. It is structured so that there are many leads which raise a number of questions and the answers to all lie in the film's climax. It is quite different from the usual thriller."

Sasikumar, who shot to fame with Subramaniapuram, Nadodigal and Poraali, says that Malayalam films have always inspired him. "I was busy with shooting when this offer first came to me. I informed the director about my inability to accept it but as it happened, when the project finally started, I could find time to be part of it," he says.

Piaa Bajpai, who has become hot property especially after the hit film Ko, is excited about her role. "My character, Daksha, doesn't smile in the whole film as she is serious in nature," says Piaa.

'Outsider is an emotional action thriller' 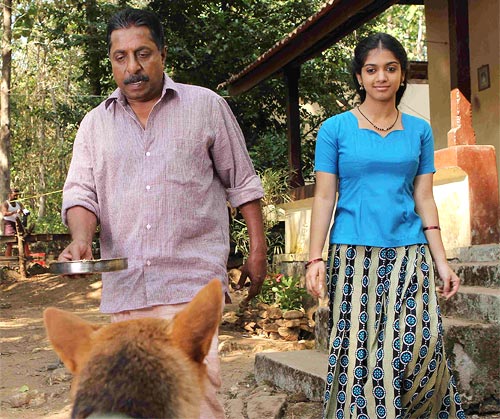 Image: A scene from Outsiders

Writer-director Premlal made an impression with his maiden film Athmakatha.

His new film Outsider has more pace, he says. "Outsider is an emotional action thriller. Sreenivasan plays Sivankutty, a boat driver who lives with his daughter Manju (Ganga Babu), in a rural town.

"Mukundan (Indrajith) is a local goonda, whom he hates. After a while, an outsider comes to the place and makes life hell for Sivankutty. Pasupathy plays an important role in the film and his character is called Lawrence," says Premlal.

'Outsider has a rather dark shade' 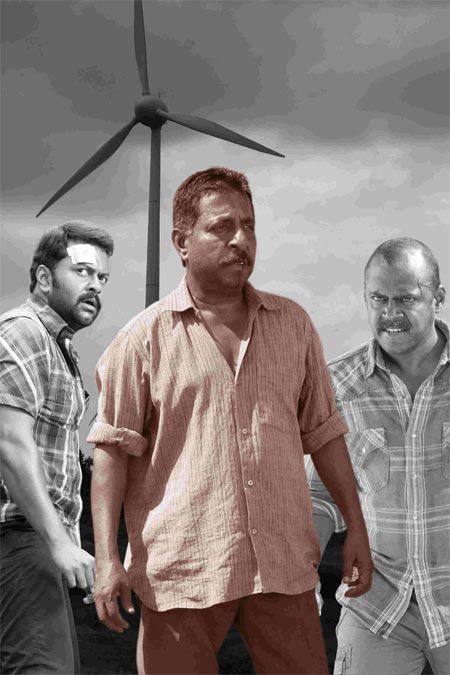 Image: A scene from Outsider

Indrajith says that the film has a rather dark shade.

Sreenivasan said that he was attracted by the film's narrative style and the happenings mentioned in the story which were highly relevant and could happen to anyone these days.

"We read about these instances where a total stranger can intrude into your life and things can go out of hand in a way that we can't even imagine. The film narrates such a theme," says Sreenivasan.

Outsider is being produced under the banner of Gowri Meenakshi Movies. The cinematographer is Sameer Haq and the music director is Sangeeth.