The best radio jockeys in the movies 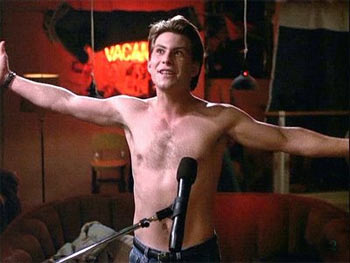 Image: A scene from Pump Up The Volume
Raja Sen in Mumbai

Cinema has flirted with the role of the radio jockey from time to time, occasionally throwing up momentous portrayals of these lesser seen and more heard artists.

With the film Radio, starring Himesh Reshammiya, about to hit theatres on December 3, here are 10 pretty fantastic filmi radio jockeys.

Before you read on, here's your chance to become a Himesh Reshammiya fan.

Christian Slater in Pump Up The Volume

This Allan Moyle film featured Slater in the role of Mark Hunter, a highschool wallflower by day running a pirate radio station from his basement at night, calling himself 'Hard Harry.'

His radio station is much cooler than anything around -- his theme song is Leonard Cohen's Everybody Knows, for heaven's sake -- and so is he. 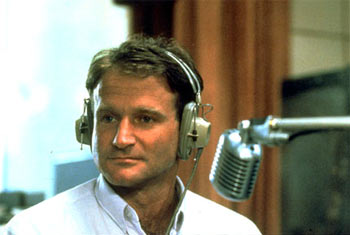 It's impossible to picture anyone but Williams in the role of USAF DJ Adrian Cronauer, the actor improvising most of his radio broadcasts in Barry Levinson's memorable dramedy.

Charlie Chaplin in The Great Dictator 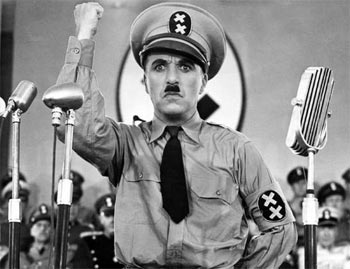 Image: A scene from The Great Dictator

Sure, Charlie Chaplin's barber wasn't a radio host in the filmmaker's first talkie, but the moment is one that deserves to be lauded.

The scene is set for the barber's doppelganger, Adenoid Hynkel, an Adolf Hitler caricature, to make a victory speech on the radio, and in his place pops up the barber.

He then proceeds to use the radio to talk to his lover, and gives us all hope in the process. 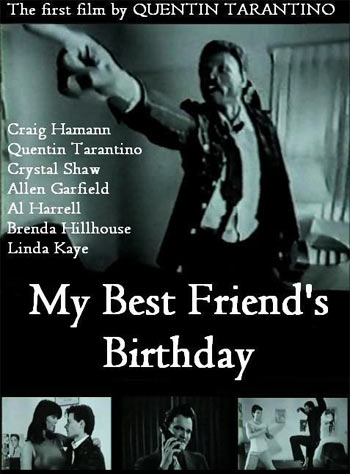 Image: A poster of My Best Friend's Birthday

Okay, so it's not really a good film -- but then look at just who the host is.

The raw film doesn't work in its entirety, showing off however some of the incisive pop-culture referencing and crackling dialogue we've come to expect from Tarantino. But Pool -- who claims to have been saved from committing suicide at the age of three because of the music of The Partridge Family -- is a treat. 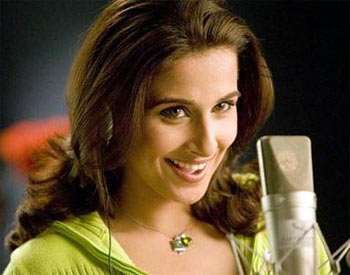 Image: A scene from in Lage Raho Munnabhai

In one of Indian cinema's finest films, Vidya Balan played RJ Jhanvi. And while her 'Good morrrniiing, Mumbai!' war cry has a sniff of Robin Williams, she was perfectly cast as a simple, even naive girl who instantly assumed a saucier, snappier persona behind the microphone.

Don Cheadle in Talk To Me 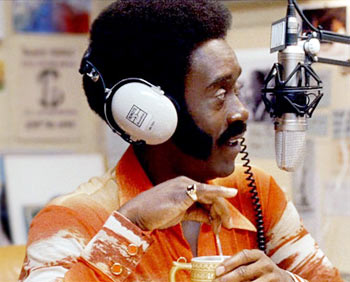 Image: A scene from Talk To Me

Cheadle is wonderfully smooth in the film, charming and sincere, and his journey resonates with us -- not least because he sounds so good. 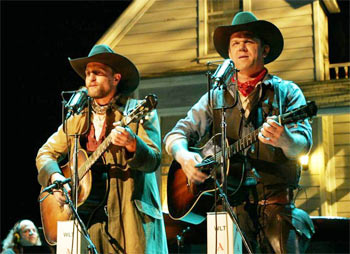 Image: A scene from A Prairie Home Companion

Robert Altman's final film fictionally explored the workings of the real life long-running radio show -- the titular show -- and while show creator Garrison Keillor played himself, the scenestealing parts were left for Harrelson and Reilly who featured as Dusty and Lefty, the singing cowboys. 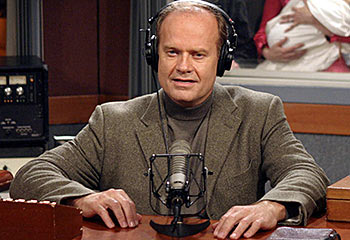 Image: A scene from Frasier

I know, I know, Frasier wasn't a movie. Still, Grammer's Dr Frasier Crane was too iconic a fictional radio man to be ignored.

Starting out on NBC's Cheers as a supporting character, Frasier got his own show and the spinoff became a classic in its own right.

Grammer's baritone was perfect for radio, and his 'I'm listening' catchphrase is as memorable as they come. 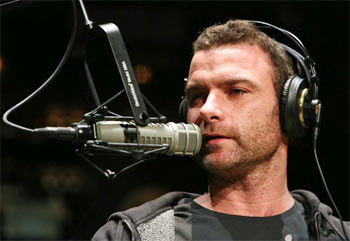 Image: A scene from Talk Radio

Oliver Stone's 1988 film was an adaptation of Bogosian's play, inspired by the true story about radio host Alan Berg, who was murdered by Neo-Nazis.

Bogosian plays Barry Champlain, a fearless radio performer who gets more and more threats as his fanmail rises, but he continues to soldier on until things come to an inevitable head.

Caroline Aaron in Sleepless In Seattle 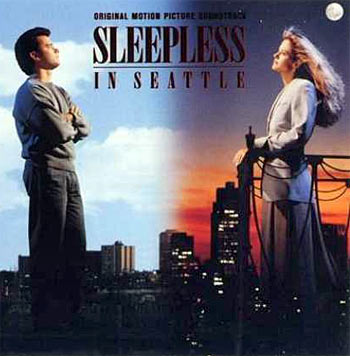 Image: A poster of Sleepless In Seattle

Nora Ephron's Sleepless In Seattle is different from most romantic comedies in the sense that Tom Hanks and Meg Ryan share barely three-five minutes of screentime together.

And it is because of radio relationship guru Dr Marcia Fieldstone (Aaron) and her show that Hanks' Sam and Ryan's Annie get to know of each other. Gotta give the lady credit, she asked the right questions.