Review: Edge of Tomorrow is entertaining and epic 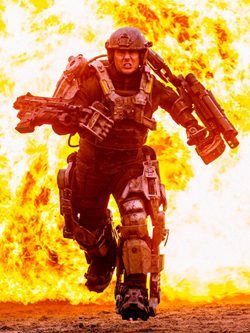 Edge of Tomorrow may not be a faithful adaptation of Hiroshi Sakurazaka's novel All You Need Is Kill but it's a damn energetic one, says Sukanya Verma.

What I loved most about All You Need Is Kill is its breakneck, breathless momentum.

The action-packed, high-concept imaginings of this Japanese light novel by Hiroshi Sakurazaka are a complete page-turner and tailor-made for a big studio screen adaptation.

When I read it would be adapted by director Doug Liman into Edge of Tomorrow, a science-fiction fantasy headlined by Tom Cruise in a role of a 20-year-old UDF (United Defense Force) soldier, stuck in a Groundhog Day-meets-Starship Troopers/Halo brand of setup, I was curious but ambivalent.

Surmounting inexperience and weaknesses is central to Sakurazaka's narrative; the script deviates substantially from the original story to accommodate its 51-year-old hero and its distinctly Japanese setting to a more Western one but retains most of its core plot points except the all-important one.

Frankly speaking, the payoff is characteristically*Hollywood* but it wont bother those who haven't read the book.

And even if otherwise, Edge of Tomorrow has enough aces up its sleeve to bungle its prime objective -- entertain the hell out of you, it may not be a faithful adaptation but it's a damn energetic one.

Books provide us the luxury of reading into a character's thought process with utmost clarity. Films breathe life into descriptions through people and imagery leaving the rest for its viewer to figure.

What lends Edge of Tomorrow its vigorous kineticism is how it rolls out the same scenario repeatedly, of a war between military officers and Mimics, the alien xenoformers after Major William Cage (Cruise), a media relations expert is flung in the middle of a raging war on France's Normandy beach (it's actually a massive set and a marvellous one at that).

With zero combat experience; he's killed on the spot only to find himself caught in a mysterious time loop -- he dies daily yet not quite.

How they emerge from this unstoppable hoop of die-try-die wherein Cage makes countless new memories of the same day and Vrataski reacquaints herself is, oh yes, worth the price of admission.

Because, for once, Cruise plays second fiddle to the luminous talents of Emily Blunt for a good chunk of the movie. Even at his best, he's a worthy equal but never superseding her swashbuckling charisma.

She never tries too hard.

Secondly, Cruise hasn't looked this comfortable in his skin since what Major Cage would've called "eternity."

They may strut around in bulky armour jackets and fire ammunition like popcorn but his metamorphosis and her vulnerability is marked by restraint and believability.

The actor's fought aliens and saved the world earlier in Steven Spielberg's War of the Worlds but the Mimics are way more high-speed than the Tripods.

Whereas they resemble a creepy cross between an octopus and giant spider their frantic movement is akin to an unruly Diwali firecracker.

The Mimics don't rise beyond the generic nature of their gimmicky depiction as opposed to the book where their behaviour is explained with engrossing detail.

Nor does Edge of Tomorrow probe into the dark philosophy of death and war.

Even when possible, it doesn't aspire to be the kind of movie that would encourage its viewer to draw parallels between Cage and Scotland's King Bruce and his repeated endeavour in real time.

It's easily evident that Liman's attracted to the more robust portions of the source.

And so he enlivens the monotony of a time loop with sprinkles of humour and heart but it's the badass action setpieces -- more immersive than ever with befitting use of 3D and the sight of Emily Blunt plying her battle axe that makes going through Cruise's Groundhog drill both entertaining and epic.

Sukanya Verma in Mumbai
SHARE THIS STORYCOMMENT
Print this article 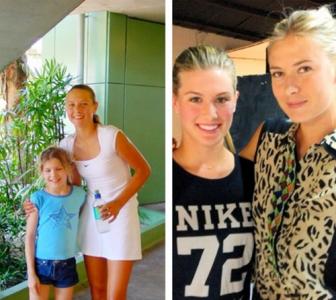 When Eugenie Bouchard was smitten by Sharapova... 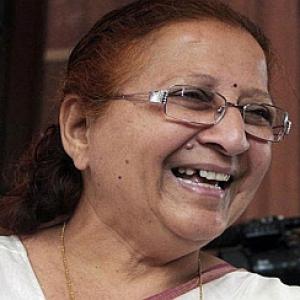 Soft-spoken 'tai' has tough job at hand in Lok Sabha