News
Business
Movies
Sports
Cricket
Get Ahead
Money Tips
Shopping
Sign in  |  Create a Rediffmail account
Rediff.com  » Movies » Ever Met A Superhero In A Lungi?

Ever Met A Superhero In A Lungi?

'Some people believe that guys with muscles don't have a sense of humour.'
'We wanted to prove them wrong.' 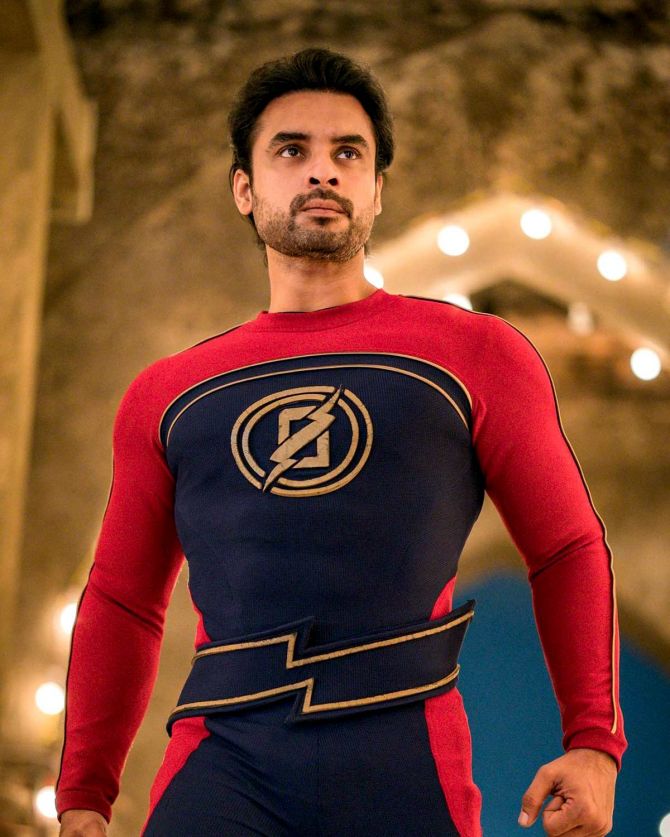 And this one is so different from the Hollywood superheroes we're so used to.

Tovino tells Subhash K Jha, "When my director Basil Joseph and I set out to make a superhero film, we were very sure that we were not competing with the Marvel universe. We wanted to create our own distinctly indigenous universe."

This year has been an amazing game-changer for you. How do you look back?

I had three releases Kala, Kaanekkaane and Minnal Murali.

In each one, I got to play different characters.

I am so grateful to have played Shahji in Kala, Alan in Kaanekkaane and Jason in Minnal Murali.

Who would have thought that a superhero in a lungi would create a national sensation?

(Laughs) When my director Basil Joseph and I set out to make a superhero film, we were very sure that we were not competing with the Marvel universe.

We wanted to create our own distinctly indigenous universe.

I loved the script that Basil came up with. 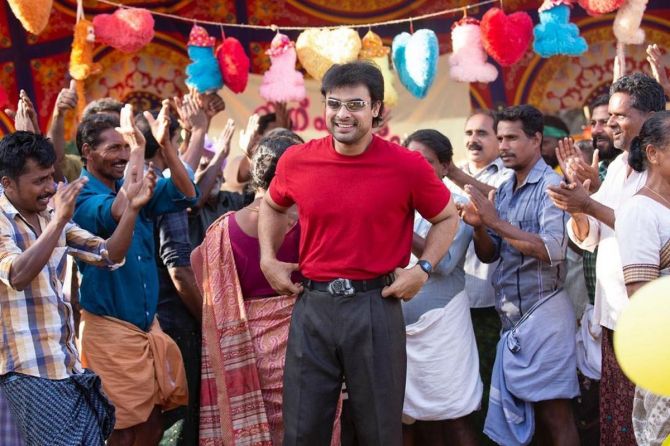 It is rooted to Kerala, but at the same time, immensely universal.

That was the idea.

Then COVID happened and our plans went for a toss.

For a pan-India release, we needed a strong Bollywood distributor. This was not available to us, so we decided to make the film in Malayalam.

That proved to be not so much of a compromise after all.

Why do you say that?

Because during the last two years, Malayalam cinema has suddenly become accessible to a pan-India audience.

We did not have the reach of, say, Tamil or Telugu cinema.

That changed during the pandemic when every kind of cinema was accessible on the OTT platform.

Malayalam cinema has benefited immensely from that platform. 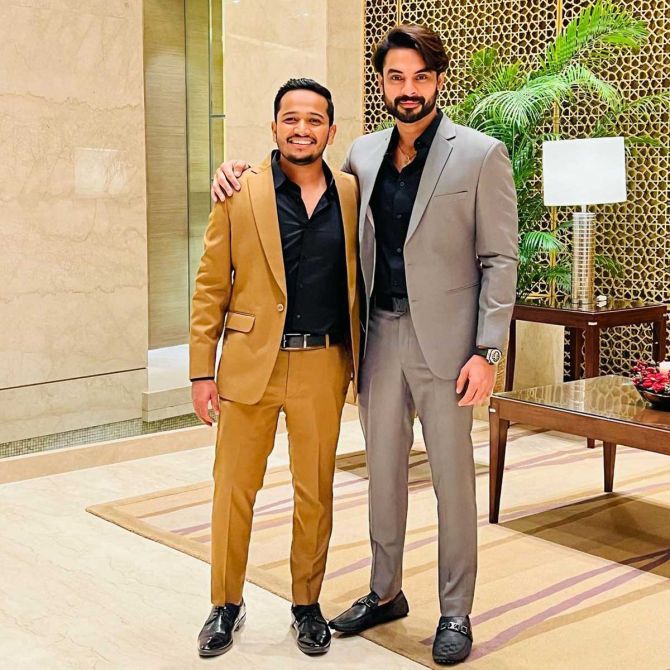 By far, India's best films are made in Kerala. Where do you see yourself among the great actors of Malayalam cinema from Mohanlal to Jayasurya to Fahadh Faasil?

I am proud to be a part of that team.

I don't see these actors as competition at all.

For me, they are a part of the same team as me.

All of us are batting for the same purpose: To bring glory to Malayalam cinema.

Would you say Minnal Murali has taken your career to the next level?

It is definitely beyond anything Basil and I had imagined.

When we set out to make an original superhero film in Malayalam, we were not even sure what the final outcome would be.

Basil and I have been best friends since we worked together in Godha in 2017 and that helped us to come up with an idea that was tenable.

Basil said he wanted only you to play the superhero as you were the perfect fit.

Some people believe that guys with muscles don't have a sense of humour. We wanted to prove them wrong. It is believed that good looking people cannot be good actors.

Mammootty sir proves that is not true.

We wanted Minnal Murali to be a superhero film with a lot of scope for acting.

Which is not to say that we didn't focus on the special effects. We worked hard on that.

Visually, the film belongs on the big screen.

Your co-star Guru Somasundaram is outstanding.

I have been his fan ever since I saw him in Aaranya Kaandam.

He is an amazing actor.

For me to share screen space with him and to have the audience comparing our performances is a dream come true.

It is so important to have an inspiring co-star.

I don't think Minnal Murali could have happened without Guru Somasundaram. 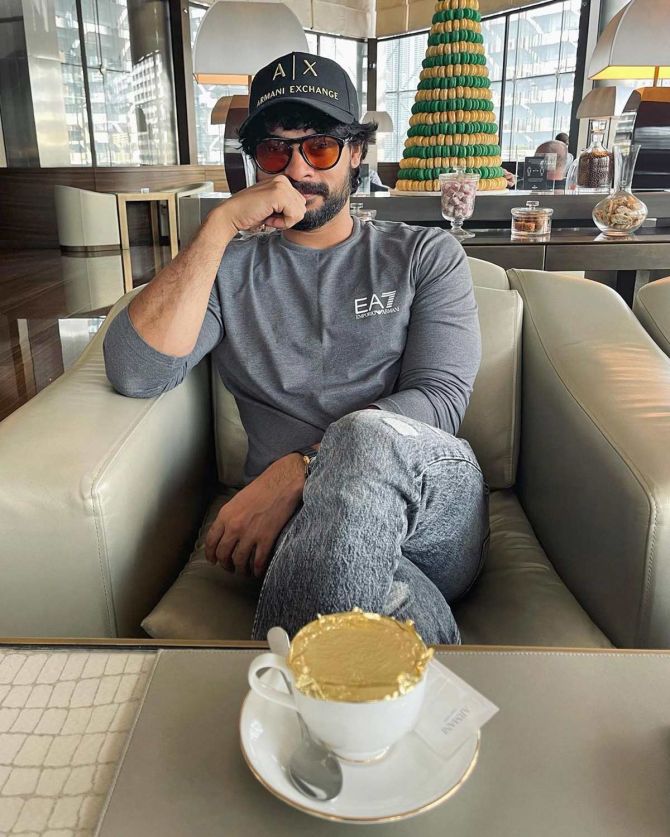 Is the next film in the superhero series on the way?

(Laughs) Basil has to come up with a great idea and the producers have to green-light the project.

I am ready to get back into my superhero suit any time.

What do we see you in next?

It's a film called Naaradan directed by Ashiq Abu. I play a character I have never played before. 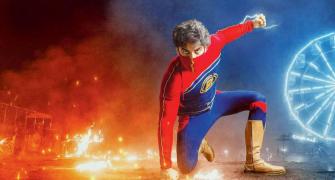 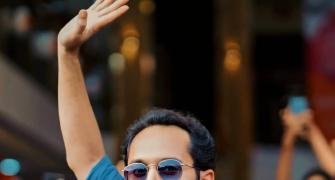 'I don't plan my films for posterity' 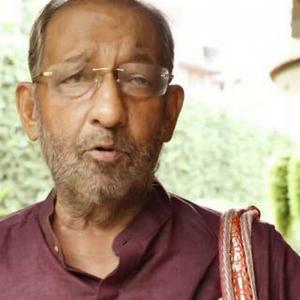 What you DON'T KNOW about Nedumudi Venu 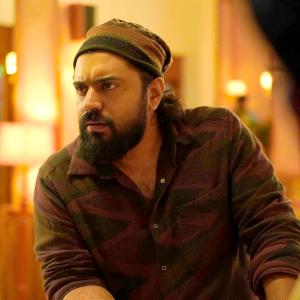 'I see a bright future for Malayalam cinema'