'Major Sandeep's life is not tragic'

'People think about his final 48 hours and how did he become a martyr... but the life I came to know from uncle and aunty was of someone who was so full of joy and laughter.' On 26/11, actor Adivi Sesh met the media at the iconic Taj Mahal hotel in Mumbai, which survived a deadly terror attack 13 years ago, to remember all those who did in the tragic terror attacks.

He also showcased a video giving a glimpse into the preparations he underwent for his film, v.

Shot simultaneously in Telugu and Hindi, Major is based on the life of National Security Guard commando Major Sandeep Unnikrishnan who was martyred in action at the Taj on November 27, 2008 battling the terrorists.

"I feel they cannot depict Sandeep... It is not possible. For that matter, no biopic will bring out 100 per cent. I am not criticising the efforts, he (Sesh) is very sincere, " K Unnikrishnan, Mahor Unnikrishnan's father, said at the movie launch.

His mother Dhanalakshmi Unnikrishnan said their son loved movies: "After Sandeep went, there were so many people who came to us for a movie to be made. After 10 years, Sandeep's CO (commanding officer) told us a film should be made on him."

"I asked him who would be just like Sandeep. Then Sesh and the team came to us," she said.

"I have more belief in Shashi Kiran Tikka than Adivi Sesh," K Unnikrishnan said, referring to the film's director.

"I will watch the movie and then give a certificate of 100 per cent. Until then, it will be 70 to 80 per cent. The shoot is over and the release is announced, so let us see," he said.

"Uncle used to ask me, 'Will you forget us once the film gets released? I think that became my fundamental feeling and responsibility," Adivi Sesh says as Rediff.com Contributor Mohnish Singh listens in. How did you prepare for Major?

I don't know what Mr and Mrs Unnikrishnan think of me, but in my heart and mind, it has always been a sincere intention to tell this story right.

In this journey, the bond with uncle and aunty became so strong that I was even ready to get scolded by them.

I was eating the food prepared by aunty and then, it started becoming something like a family.

I mean, in my head, the film took a backseat and it sort of became, you know, like some 5th grade child wants to see his parents happy.

So my intention became to write this film and act in it and when it releases, just to have them look at me and say, 'It's fine. We are satisfied.'

You know, they are the first audience for the film in that sense.

Beyond that, whenever I used to talk to uncle and aunty, it was always about Major Sandeep. It was not much about what's happening at the shoot.

Aunty used to tell me about their memories.

She explained to me that when Sandeep sir's CO called and told them that there has to be a film on Major Sandeep, aunty asked him who would fit the role.

She then suggested someone like the one in Har Har Mahadev, the actor who played the role of Shivji.

So, you know, it was that kind of a very soft small discussion that was happening between family members.

It is just my luck that I called and asked them whether I could meet them in person. I can say that it was pre=destined.

It is not possible to tell the life of 31 years in two-three hours.

My goal became trying to understand his mind, his heart, his soul.

I just started thinking more and more about him and my conversations with uncle and aunty were about Sandeep Sir rather than things that we made this huge set, wore this costume, and shot an action scene.

At the same time, we have also spoken about what after this film?

Uncle used to ask me, 'Will you forget us once the film gets released?'

I think that became my fundamental feeling and responsibility.

WATCH: Major Sandeep Unnikrishnan's parents Dhanalakshmi and K Unnikrishnan talk about their son: 'He told us, 'When I'm not in this world, you don't have to worry because there will be many sons and daughters looking after you.' Video: Afsar Dayatar/Rediff.com

You experienced a beautiful journey while you did the film. Please tell us about it.

I think in between the shoots, we had COVID-19, the first wave and then the second wave.

So what happened was that I got a bigger chance to inhabit Major Sandeep's persona.

Usually, it takes a year to complete a film, but this became a two-and-a-half-year journey.

Recently, aunty was telling me that when he was five years old, he would sing rhymes in class. He would sing Hindi songs also.

I cannot even presume to understand what they feel on a daily basis. I can only try and I think that's why I am here.

WATCH: Adivi Sesh: 'I cannot even presume to understand what they feel on a daily basis. I can only try.' Video: Afsar Dayatar/Rediff.com

What struck you most in this story and why?

I think what really struck me was, when aunty first told me that the idea that he was willing to come by flight but then took the train because it meant he gets the extra hour with uncle and aunty.

That meant a lot to me.

In fact, it became an important scene in the film.

Little gestures of compassion became the hallmark of how we proceeded to write and conceptualise the film.

It became about not grand gestures of heroism, but rather the small streaks of compassion and humanity.

So when we heard the little things he would do, like when he was in the National Defence Academy, how he had hid little puppies because you don't have permission to keep animals inside your room.

He would hide puppies that he would rescue under his bed.

He rescued eagles and falcons too.

He took uncle and aunty on a chase to find the perfect bun in the perfect bakery when he was super hungry. But when he finally got around eating it, he found a hungry dog there and ended up giving it to that because the bakery had closed by then.

We live in such a cynical world that when you say these things in a story, they seem unbelievable and unrealistic.

It always comes from a simple place of empathy and compassion.

In his very final decision to go up alone, he thought of others first.

When you do real life tragic films, what emotions do you go through?

I am not sure how I feel about that yet because I don't necessarily look at Major Sandeep's story as a tragic story.

On the contrary, he was full of life.

That was the whole point.

People think about his final 48 hours and how did he become a martyr... but the life I came to know from uncle and aunty was of someone who was so full of joy and laughter.

He would be the first to crack a joke in tense situations.

So I look at Major as a film of joy and a film of light that sort of pierced darkness that day. Did you feel you could have done the film better?

Every single day and in every scene, I used to feel that I should have done it better.

Because somewhere down the line, it was not easy to show the life he led for 31 years in a two-and-a-half-hour film accurately and with the same emotional realisation.

So, I think, my goal was always to better myself so that at least 10 percent of his intentions reach the audience.

What you are asking are the questions I used to ask myself: Was I good enough? 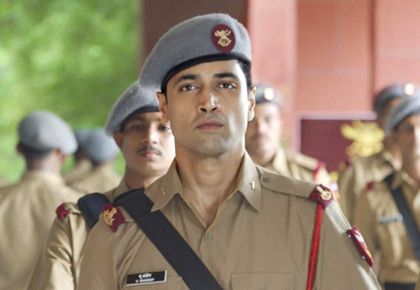 Death of a Hero: How Major Sandeep Unnikrishnan was ambushed
We need more soldiers: 26/11 martyr's father 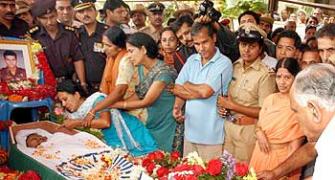 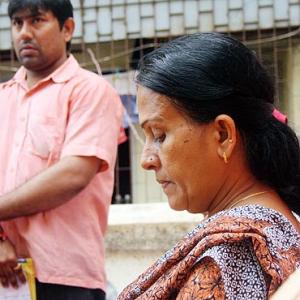 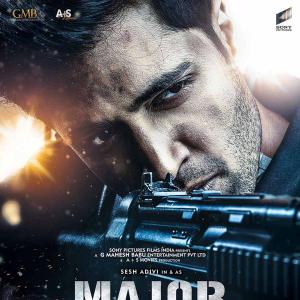