News
Business
Movies
Sports
Cricket
Get Ahead
Money Tips
Shopping
Sign in  |  Create a Rediffmail account
Rediff.com  » Movies » 'Newcomers are willing to give 100 per cent'

'Newcomers are willing to give 100 per cent'

Kis Desh Mein Hai Meraa Dil is a story of promises and of immortal love that transcends all boundaries.

Set against a traditional Punjabi family backdrop, the story tells of two friends Balraaj Maan and Lalit Juneja and the promise they make to each other.

Whether the new show will be as popular as KZK, only time will tell though Balaji Telefilms producer, Ekta Kapoor is confident it will do well. She tells us why. Excerpts:

It is the story of two nations -- India and Canada. This story is about two lovers. I would describe it as an ethereal story from my heart. The show is bound to ignite the magic of love and romance on television. I hope the viewers enjoy watching it, as much as I have enjoyed making it.

This show is replacing successful show Kasuati Zindagi Kay. Is it different or the same old love story?

Kasuati is a triangular love story whereas this is more a passionate and younger love story. I am not deviating from the fact of my new show. I think we all have the same old stories that we get to see again and again. The presentation and the look of the show are unique. The characters essaying the roles are fresh faces

Tell us about your lead actors?

We had taken auditions from all over India but my team selected Additi Gupta as the lead. She is perfect for the role.

What is the reason behind Balaji's trend of launching only new faces?

When you talk about a daily soap, it means one would be seen 28 days a month, which requires 30 days of shooting. So an actor being seen on a show airing four days a week and being telecast thrice a day comes along with a baggage of the character.

One cannot get rid of the baggage and an already established image. It takes a lot to break the image for a long time unless he takes a break of a couple of years. Newcomers are hard working and are ready to give 100 per cent.

Why have vamps been an important part of all your shows?

There is one vamp in the show and that is destiny. You will see star-crossed lovers drift apart and pulled towards each other by destiny. The vamps add tadkas to the story. That said, the vamp in this kahani is Tasniem Sheik.

Lately your shows like Kasturi have not been doing well?

All my shows airing on different channels have been the top shows. I can't create magic where all my serials will have the highest ratings. Karam Apna Apna is the top show in the afternoon slot. The reason for certain shows not doing well or as per expectations is that they were not aired on not so popular channels.

Govt-farmer talks inconclusive, next round on Jan 19 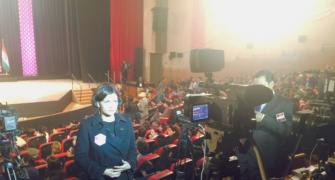 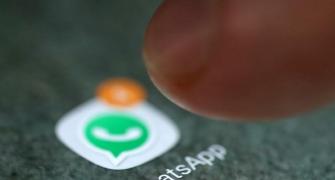 China, not Pakistan, is now India's Enemy No 1