rediff.com
Rediff Get Ahead
News APP 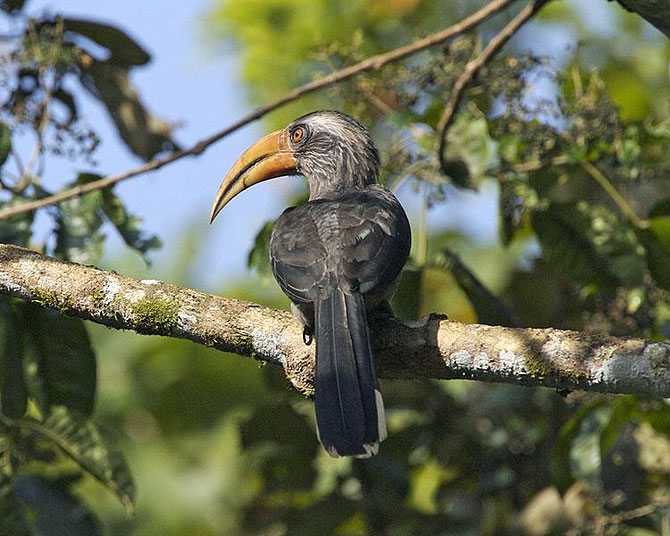 It's winter and there couldn't be a better time than now to head out into the wild. Lakshmi Sharath has some suggestions.

Winter is here. The skies have opened up as the birds from far away places begin their journey, flocking to jungles, rivers, lakes and hills in India. Following the flight of this birds are birdwatchers heading to various bird sanctuaries. However these birds do not just flock to only designated sanctuaries. They have their habitats earmarked which are now emerging as popular tourist destinations as well. Besides bird watchers, many a city dweller would like to wake up in the lap of nature, greeted by their chirpy music.

India has total bird diversity of about 1300 species and from Ladakh to Kanyakumari, from Kutch to Arunachal Pradesh, there are several destinations to choose from. Here is a list brought to you by naturalists and avid bird watchers and some tips shared by them on bird watching. 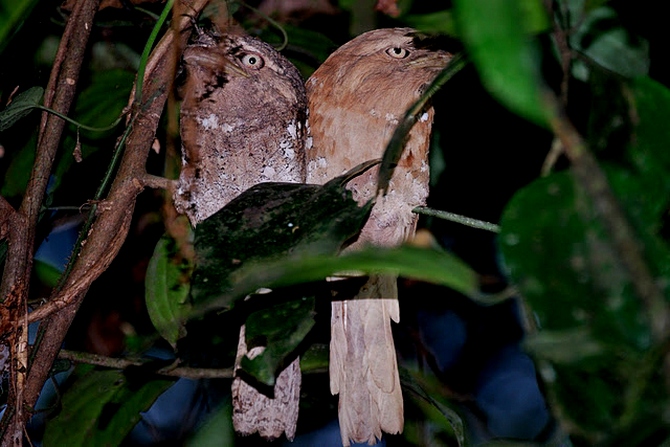 Watered by the Periyar River and filled with dense tropical evergreen and deciduous forests, this 25 sq kms of land hidden near Kochi in Kerala is a bird watcher's paradise. Discovered by renowned ornithologist Dr Salim Ali, one can see almost 250 species of birds here of which 15 species are endemic and found only in this region. Renowned naturalist Karthikeyan Sreenivasan tells us that the birds found in these forests are representative of those found in the jungles spread around the Western Ghats.

The highlights are the Malabar Trogon, the Broad Billed Roller, the Sri Lankan Frogmouth, the Black Baza among others. Rajneesh Suvarna, an avid bird watcher from Bangalore adds that his top three birds would be Ceylon Bay Owl, Wynaad Laughing Thrush, Malayan Night Heron.

There are several other woodland Western Ghats specials such as Crimson Backed Sunbird, Rufous Babbler, Ruby Throated Bulbul, Malabar Grey Hornbill, White Bellied Treepie among others. An amateur bird watcher can spend a couple of days trying to spot and photograph birds. Birding guides are available but it is better to book them well in advance as they are sought after by foreign tourists. Accommodation is available in the form of small resorts and homestays. 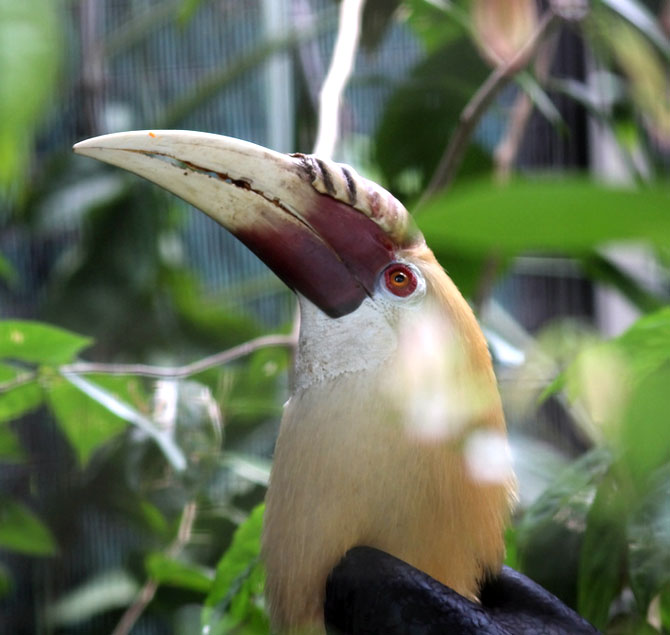 While we are in the south of India, let us do some island hopping in Andamans. It is not just about the sun and the sand here. A bio-diversity habitat, the ecosystem here is home to several endemic species and sub species of those that head to the mainland.

Rajneesh who has been several times to the islands that its proximity to south east Asia ensures that there is an abundance of endemics that is so typical of the region.

While he suggests looking out for owls and waders, Karthikeyan adds to be on the look out for various kingfishers and woodpeckers that are found only in the island besides of course the Andaman Serpent Eagle, Andaman Shama among others. I ask Rajneesh about his top five endemics and he says Narcondam Hornbill, Andaman Crake, Andaman Scops Owl, Andaman Wood Pigeon, Andaman Cuckoo Dove.

If you are planning an exclusive bird watching trip in Andamans, it is better to get your guides booked well in advance. 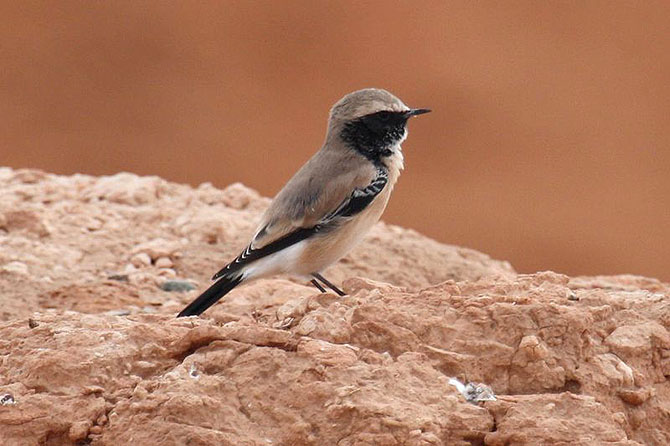 In winters, Kutch is one of the most sought after destinations and it is not just for the festival. Both Little Rann of Kutch and Greater Rann are great habitats for birds and as Karthikeyan says they are finest examples of arid landscapes in the country with flat terrains. Uma Kandasarma, an avid birdwatcher adds that it is not just the scrubland birds but the waders and water birds that are around the marshlands, especially in LRK that call for attention. If there is one species to look out however, both of them suggest the Desert Wheatears.

"Every bush here will be filled with them," she says. But there is more to Kutch's speciality. Uma adds Short Eared Owl, Common Crane and Flamingos to the list. Karthikeyan's list includes Hoopoe Lark if one is lucky and Macqueens Bustard. On Rajneesh's hotlist are Great Indian Bustard, Grey Hypocolius, White-naped Tit, Demoiselle Crane, Spotted Sandgrouse, Sociable Lapwing, Greater Hoopoe Lark, Red-backed Shrike and Rufous-tailed Scrub Robin . You need to plan your trip well in advance here as bird guides are usually in demand during winters . 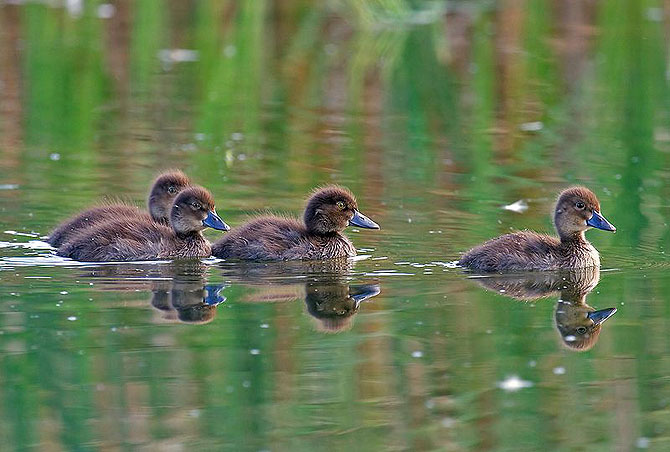 The Chilka Lake and the villages around it have beckoned many a tourist to Orissa and most of them are birdwatchers who head to see wetland birds.

Mangalajodi is one such small hamlet which has been developed courtesy eco tourism. There is a huge congregation of ducks and waders here. Rajneesh suggests to look out for the Fulvous Whistling-duck, Tufted Duck, Red-crested Pochard, Northern Pintail, Northern Shoveler, Garganey, Eurasian Wigeon, Ruddy Shelduck and waders like Black-tailed Godwit,Marsh Sandpiper, Wood Sandpiper. A virgin destination, there are a few options for stay in this area. 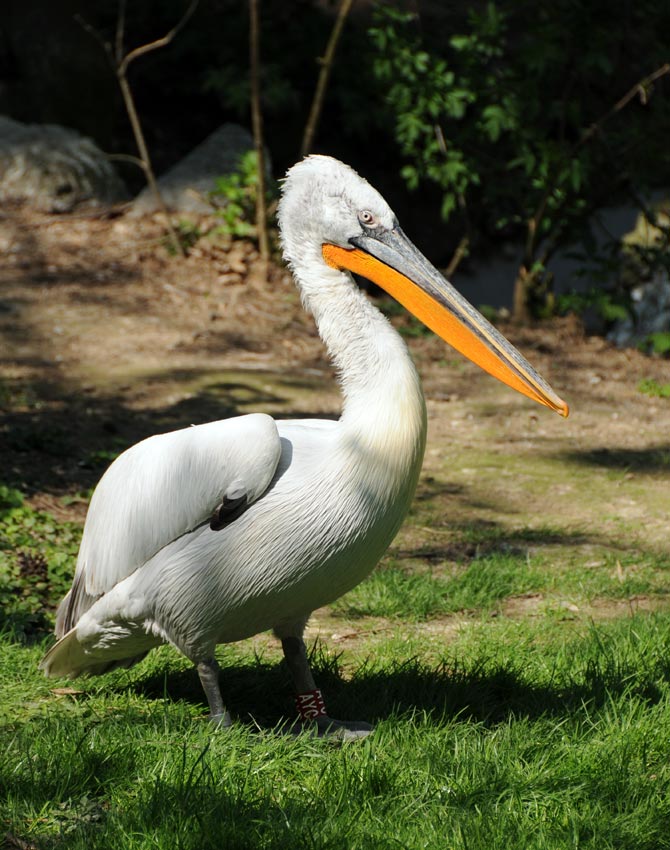 As the fog fills over Delhi, head to Bharatpur and take a cycle rickshaw inside the bird sanctuary. The diversity is varied from wetlands to woodlands and you can spot close to 400 species here. Located barely 175 kms from Delhi is a haven for passionate bird watchers, novices, bird photographers as the migrants flock here. There are open scrublands and grasslands and one can do some bird watching here as well.

But most people stop by the water bodies to see the residents and migrants in winter. The avifauna is rather rich here. Karthikeyan says a bucket list could probably include Dalmatian Pelicans, Sociable Lapwings, Painted Storks, Black necked storks Asian Openbill Storks, Demoiselle Cranes among others. Waders, water birds flock here during winters and you can also see several raptors as well.

The rickshaw wallahs are the best bird guides around and there are several places to stay just outside the resort. 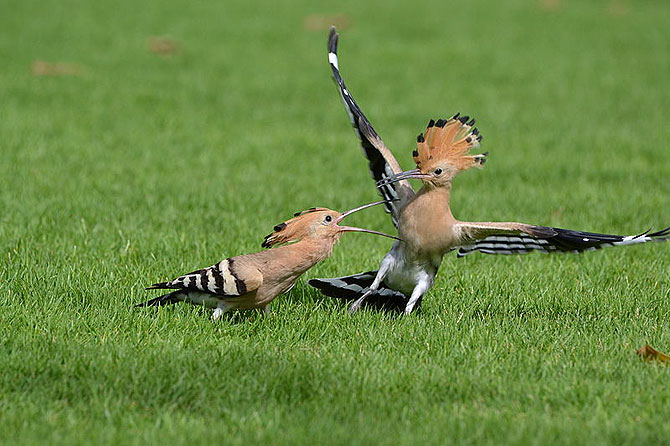 You can almost see one end of the grasslands to the other, it is that small and yet it attracts such large quantities of birds," says Uma Kandasarma about Tal Chapper Wildlife Sanctuary. Located in the Shekhawati region of Rajasthan, the sanctuary was known for black bucks, but bird watchers flock rather regularly.

Uma adds: "I saw 25 Red Wattled Lapwings, 8-10 Hoopoes flying together and was amazed to see a Yellow Footed Green Pigeon, a woodland species here -- the bio diversity was just amazing." Tal Chapper is however famous for its raptors and the highlights include varieties of kestrels, harriers, eagles, buzzards and Uma suggests to look out for Eurasian Hobby and Red Necked Falcon and Eurasian Sparrowhawk. 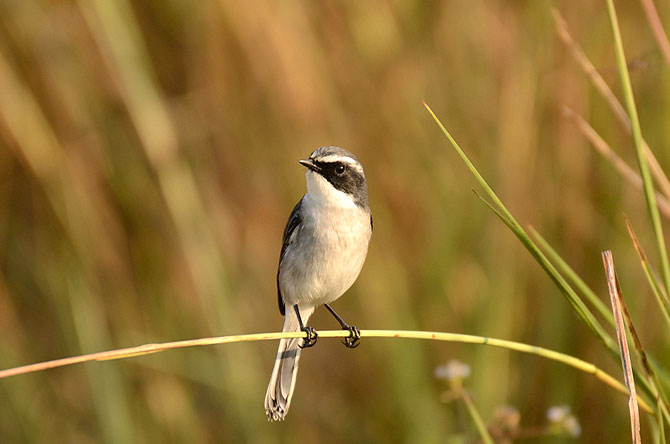 Most wildlife enthusiasts and tourists visit Corbett with just the big cat in their minds, but the region around Garhwal and Kumaon, the lakes and the foothills of the Himalayas is a favourite haunt of birdwatchers.

The foothills of the Himalayas are a rich terrain that takes you from sal forests to grasslands, watered by rivers and rivulets. Almost half of India' s bird population flocks here as you can spot over 600 species of birds here from forest birds to water birds. The Cinereous Vulture, the Eurasian Hobby, the River Lapwing, the Ibis Bill, White Tailed Ruby Throat, Hodgson's Bushchat, Tawny Eagle and Lesser Fish Eagle are some of the birds to look out for. Do not miss the smallest raptor -- the Collared Falconet. If you are unlucky and you miss the big cat here, Corbett will not disappoint the ornithologist in you.

Go towards Nainital and to Satal and Pangot and the world of colours opens out in front of you. In the forests of oak and pine that carpet the hills, you can also see dense vegetation and water bodies. Plenty of woodpeckers, laughing thrushes and flycatchers fly around here. At Pangot, look for the cheer pheasant. Uma's hot list in the region includes Speckled Piculet, Himalayan Flameback, Great Slaty Woodpecker among others.

The North East: Eagle Nest in Arunachal and Nameri and Kaziranga, Assam 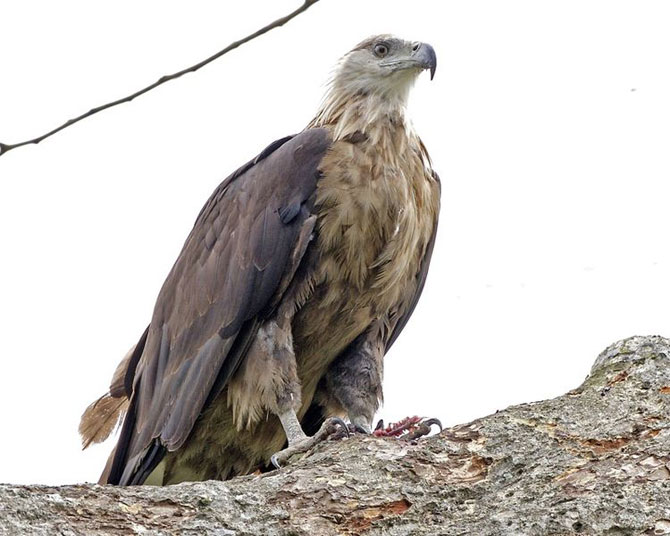 One of the key diversity hotspots, birdwatchers make it a point to visit the North East at least one every year, which is home to the colourful great Indian hornbill.

The forests vary from evergreen to tracts of bamboo, conifers to shrubs adding to the diversity. Some of the specialities include the Temminck's Tragopan, Northern Goshawk, Tawny Wood Owl, Gould's Shortwing, Cutia, Rufous Belied Hawk Eagle among several others.

Nameri is a beautiful stretch of forests known for the rare and threatened white winged wood duck that flock around in the water bodies here. Karthikeyan says to be on the look out for varieties of Hornbills -- Great, Wreathed and Rufous Hornbills, Blue Naped Pitta, White Cheeked Partridges, Spot Bellied Eagle Owl, Oriental Hobbies.

Kaziranga National Park in Assam, which is home to the one horned rhino and is part of Project Tiger is home to over 500 species of birds, of which 25 species are threatened today. I started my serious sessions of bird watching in this wildlife park, where the diversity takes you from swamps to fresh water bodies, from tall elephant grass to dense tropical forests. Uma says that the Pallas Fishing Eagle is one of the key birds while another rare bird is the Bengal Florican. Raptors, water birds, woodland birds flock here and some of them that you can sight are Greater Adjutants, Black Necked storks, Imperial Eagle, Jerdon's Baza, Swamp Francolin, Oriental Hobby among others.

Bird watching is an addiction and once you are armed with binoculars or cameras with long lenses and a bird book, you will be constantly looking at empty spaces, up at the skies, staring at the waters or peering at a bush waiting for the birds to show themselves. And then the journey begins.