Is Xiaomi Redmi Note 3 better than Moto G4 Plus?

The Moto G4 Plus is a worthy consideration under the Rs 15,000 budget, but users looking for a better build quality and more processing power will do well to opt for either Xiaomi Redmi Note 3, or even the ZUK Z1, says Himanshu Juneja 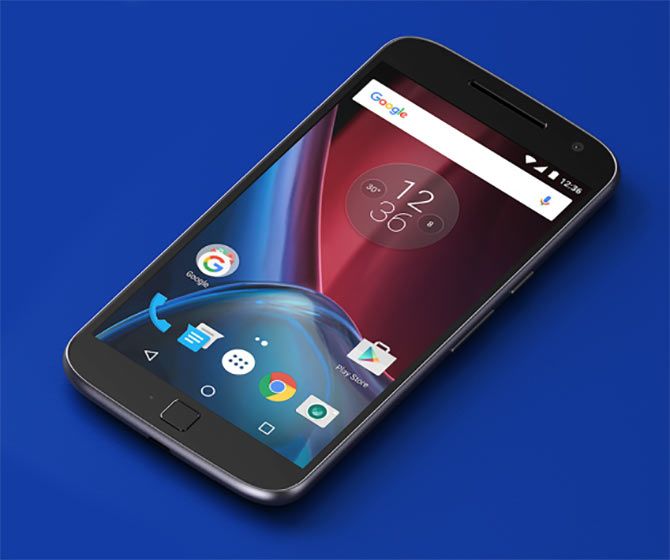 Lenovo's Moto G series has enjoyed an unprecedented run in the Indian market. Not only has the handsets redefined how people looked at their budget options, it also provided them with a sense of confidence by repeating the feat year after year.

The scene has changed quite a bit since the first Moto G made its debut. The Chinese manufacturers have been making a beeline for the Indian market, unleashing their products to make the segment a hotly contested one.

This year, Lenovo released three different models for the Moto G4, with a possibility of another one showing up later in the year. Such fragmented approach may go against the company, as chances of a Moto G phone cannibalising one of its own becomes a reality. It is time to find out that how much of a winner do they have with the Moto G4 Plus.

The Moto G series has been known for the utilitarian design, with a subtle curve at the back. Things take a different path this year.

The curve at the back is gone, and the removable panel evokes memory of Samsung Galaxy Nexus model. It is a soft plastic back, with a matte finish to go along with it. The camera module at the back slightly juts out.

The textured back comes with its share of creaks, yet the phone gives a solid feel when held. The plastic like band going around the phone gives the budget feeling even though it is not made of plastic. The competition in the recent years has been driven several notches up, especially by the Chinese vendors, so this slip up raises eyebrows.

Underneath the back panel one finds the microSD, the SIM slots and the non removable battery. It is good to see Lenovo not opting for a hybrid slot. As for the buttons, the top edge carries the 3.5 mm audio jack, while the right edge has the volume rocker and a textured power button, making it easy to distinguish between them while the phone rests in a pocket.

Call it the need of the hour, or the logical step ahead, Lenovo decided to bring a finger print scanner to its line of phones, and G4 Plus gets it first. Lenovo could have either placed the button a bit more ergonomically, or at least chosen a better shape. The current form looks like an eyesore on an otherwise decent front panel. With the Moto dimple again making an appearance, the logical step would have been to give the dimple dual roles. Maybe a cue from Sony, and the scanner placed on the side could have been another option. The present shape and placement makes it look a bit awkward. The scanner is flanked by two capacitive buttons.

The built is not really on par with what a Xiaomi Redmi Note 3 or a ZUK phone can offer, so it is a bit disappointing. Having said that, the built in itself is not a deal breaker, but the missing water proofing and an LED notification light are glaring omissions.

The Qualcomm Snapdragon 617 chipset inside the G4 Plus is indeed a good jump from the previous generation, and one would have hoped that Lenovo just maybe would have tried to match Xiaomi Redmi Note 3's Snapdragon 650 here. But that was not to be. With four Cortex-A53 (1.5 GHz) and another and four Cortex-A53 cores (1.2 GHz), G4 Plus is reasonably well stacked up. Adreno 405 GPU takes care of the graphics department.

There are the usual connectivity options onboard the Moto G4 Plus. The phone can handle 4G on both the SIM cards, but if availed, the other SIM card will have to do with 3G connectivity only. There is WiFi, Bluetooth (ver 4.1), microUSB 2.0, GPS with A-GPS and GLONASS.

While FM and the USB on the go are good features to have, there is no NFC. This means Android Pay will not be a reality for this handset, whenever the feature debuts in India.

The Moto G series finally sees a full HD display screen coming its way. The Moto G4 Plus carries a 5.5-inch display with a 1080 x 1920p resolution. The LCD has a pixel density of 401 ppi, which is not half bad when put to test.

The sharp display carries a good contrast ratio, and is a pretty decent performer even under direct sunlight. Not too surprisingly, IPS screen gets good viewing angles out as well. There are two modes the user can select from: The vibrant mode brings up a punchy flavour to the colours, whereas the normal mode brings about a more natural touch to the display.

The full HD panel has been rendered with Gorilla Glass 3. Overall, it looks good for the price. 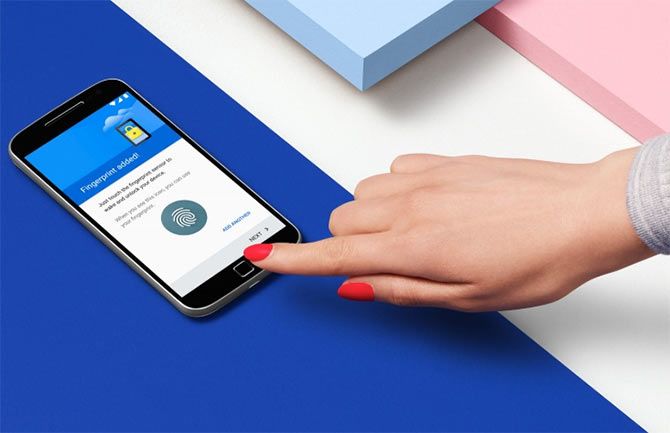 Lenovo has supplied a near stock version of Android 6.0 Marshmallow, and largely kept things bloatfree. They have a few add ons from their own side, but they only add to the user experience.

Coming with Google Now launcher, the users will get the usual Google apps suite and few other twists to launch the camera app, a chop gesture launching the torch, and the FM Radio app as well. The trend to avoid duplicating the app seems to be catching up, and Lenovo decided to skip the Moto Assist, and Moto Migrate, as Marshmallow carries these features already.

Moto G4 Plus comes with features like picking up the phone to make it stop from further ringing, flipping it over to activate the 'Do Not Disturb' mode. These gestures apart from the earlier ones only add to the user experience, rather than making the user cringe and question the bloat thrown around.

There is the clear all option included for the quick clean up of the resources, while the file manager has also been updated, and it works well. The main highlight however remains the Moto Display. The screen providing with useful bits of information without lighting up the whole screen has become an acclaimed feature. With Moto G4 Plus lacking a notification LED, the feature assumes even more importance.

The 32 GB version will land the users with 24.7 GB worth of free space, while the 16 GB model will have about 10 GB of free space for the users to enjoy.

Lenovo has taken steps to address a long standing issue with the Moto G series, and the results are pretty good. G4 Plus's rear camera is a 16 MP affair, and comes with f/2.0 aperture, along with a combination of phase detection and laser detect autofocus. The front facing camera is a 5 MP unit.

The camera app has been refreshed, and is more close to the stock app from Google. There is the pro mode on-board, giving the users an option to tinker with ISO, shutter speed, manual focus, white balance etc.

The focus was fast, with near about the minutest to no lag. The results are impressive, with the pics from well lit areas showing up with good details and vivid colours. The results in darker areas clearly lacked the details, and presence of noise was too prominent. The aperture not being adequate to compensate, along with lack of optical image stabilisation, made things look grim.

HDR mode is present, and it is advised to be used whenever possible, as the results do get a lifeline of sorts. The camera thankfully performs nicely when used indoors, and the selfie camera does an acceptable job.

The videos came out pretty decent. There were good amount of details, but nothing out of the ordinary here. One can revert to HDR mode again to avoid some below par results. The camera is capable of grabbing 1080p videos, and the missing 4k option is clearly due to the limitation posed by the hardware. 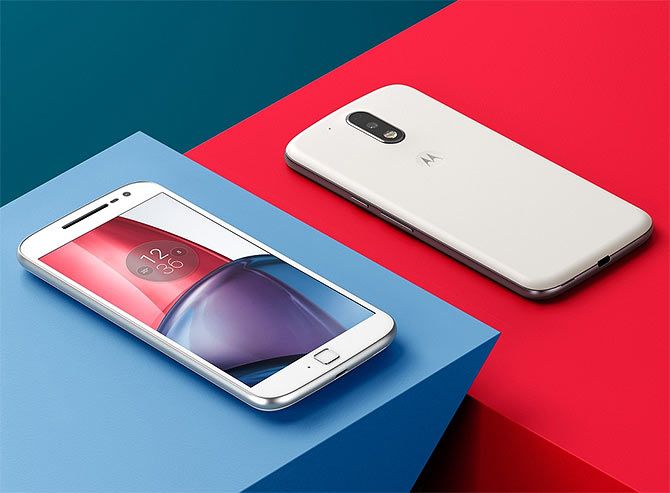 The Moto G series is known for the smooth performances, and the latest in the line does not try to belie that fact. The phone works smoothly, with apps launching and closing without any stuttering. The HD content too does not pose any problem, but the heavy games did suffer from dropped frame rates. Shifting to lower settings is advised for smoother experience.

The phone does get warm, but does not hit the level for the users to get overtly concerned. The fingerprint scanner is quick and works with great level of accuracy. There is the haptic feedback goodness in either case of successful or unsuccessful recognition.The speaker is loud, and sounded tinny at higher volumes. A good dual speaker system would have done a world of good here.

Things looked pretty good till the issue of phone getting heated up with continuous recording cropped up. It seems like Lenovo skipped on proper testing, and the overheating of the Snapdragon 617 is the culprit here. This is a major disappointment as it not only throws the user interface off its smooth track, the capturing of content goes haywire as well. The Moto G series is not known for such deficiencies. Hopefully, Lenovo will be able to bring a patch around for rectifying this blunder.

The Motorola G4 Plus comes with a big battery pack, and the 3,000mAh capacity was good to see. The performance really depends upon the type of usage, and the heavy users just might struggle to make it through the day without summoning for the phone's charger. A light to modest usage will see the phone just about making it through the day.

It was disappointing to see the mediocre performance, and seems like the full HD display has taken a toll here. Thanks to turbocharging feature, the users can charge the handset for 6 hours worth of backup within 15 minutes, while attaining a full 100 per cent charge in about 90 minutes or so.

Lenovo would have done well to keep the 2 GB RAM model to the 720p display and offer the users something more robust.

With the 3 GB model costing Rs 14,999, and the 2 GB model priced at Rs 13,499, the Moto G4 Plus is a good upgrade, but nothing to really make the users of the previous generation Moto G handset exult in jubilation. Lenovo's decision to take out water proofing, LED notification light, and no interest in revisiting the dual speaker feature do not get overlooked.

The biggest concern remains with the heating issue while recording videos, which causes the entire user interface to lag. Hopefully Lenovo will be able to address the issue before substantial damage is done.

The Moto G4 Plus is a worthy consideration under the Rs 15,000 budget. It provides a solid experience with its crisp display, near stock android OS and good camera feature. Provided that Lenovo brings solution to the heating issue while capturing videos promptly, it is indeed well rounded product. Users looking for a better build quality and more processing power will do well to opt for either Xiaomi Redmi Note 3, or even the ZUK Z1. 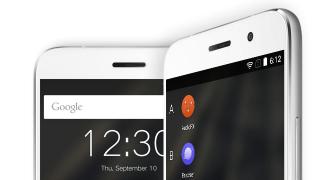 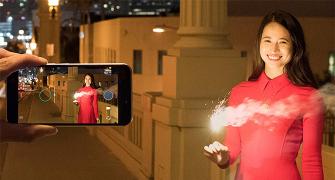 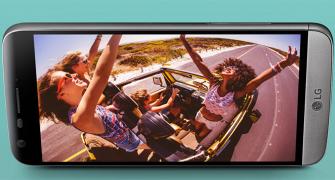 What's so revolutionary about the LG G5? 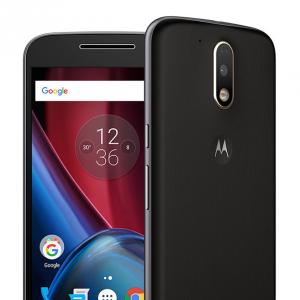 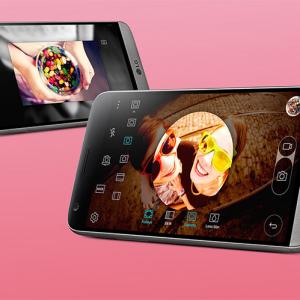