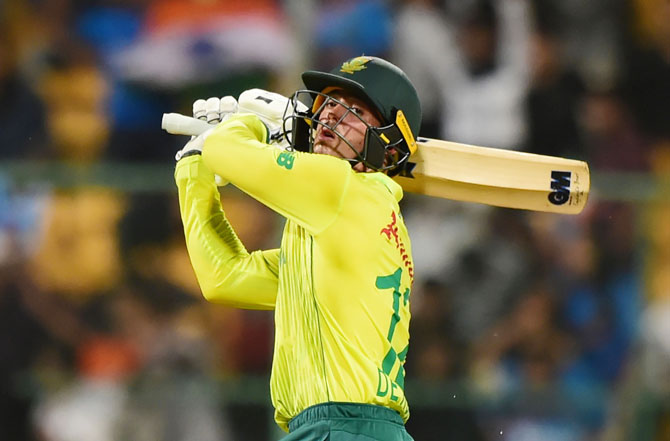 To everyone's surprise, Kohli opted to bat after winning the toss on one of the smallest grounds, always known to favour teams chasing in the shortest format.

Initially though, the decision seemed to have worked as India raced to 54 for one in six overs at the M Chinnaswamy Stadium.

The departure of Shikhar Dhawan gave the South Africans an opening, and they grabbed it with both hands, snuffing out eight Indian wickets for 71 runs. 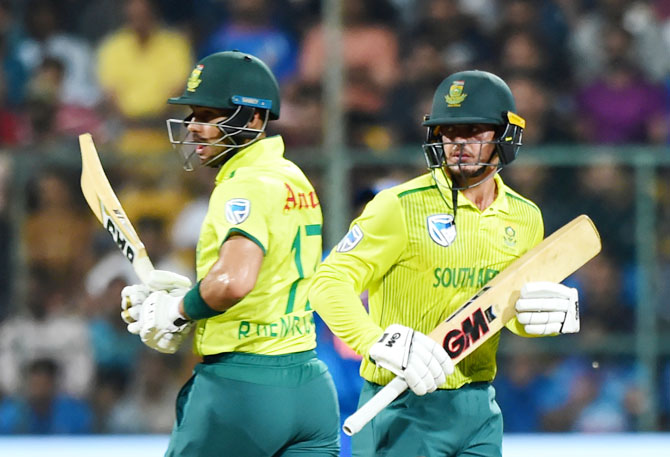 He added 76 runs for the first wicket with Reeza Hendricks in 10 overs and then put on another 64 with Temba Bavuma. After moving to 19 in four overs, De Kock cut loose by hitting Navdeep Saini for two sixes, and there was no looking back.

Earlier, India were stopped at 134 for nine by a disciplined South African attack. 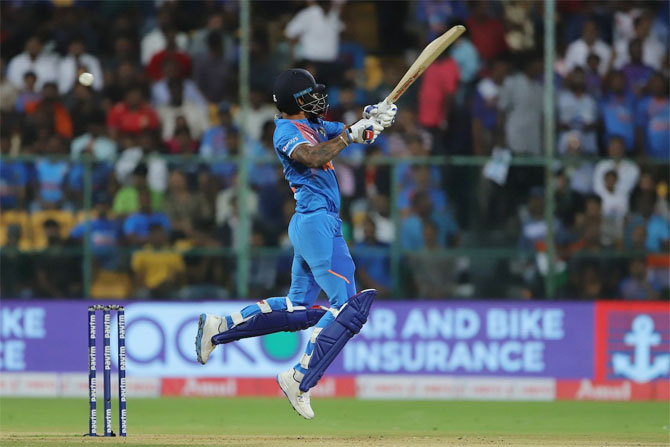 Top-scorer Dhawan blazed away to a 25-ball 36 and got India off to a brisk start that yielded them 54 runs in the first six overs.

Kagiso Rabada was expensive but picked up three wickets, while there were two apiece for Bjorn Fortuin (2/19 in 3 overs) and Beuran Hendricks (2/14).

Playing in his first game of the series, Beuran Hendricks was the team's best bowler without a doubt as he choked run-flow in the middle overs along with left-arm spinner Fortuin.

Rohit Sharma got out early but he did put pace spearhead Kagiso Rabada under pressure straightaway, striking him for two boundaries in his first over -- one over cover and the other through extra cover.

That brought crowd favourite Kohli in the middle but Dhawan, who began the innings with a boundary, was in charge and welcomed leg-spinner Tabraiz Shamsi with back-to-back sixes. 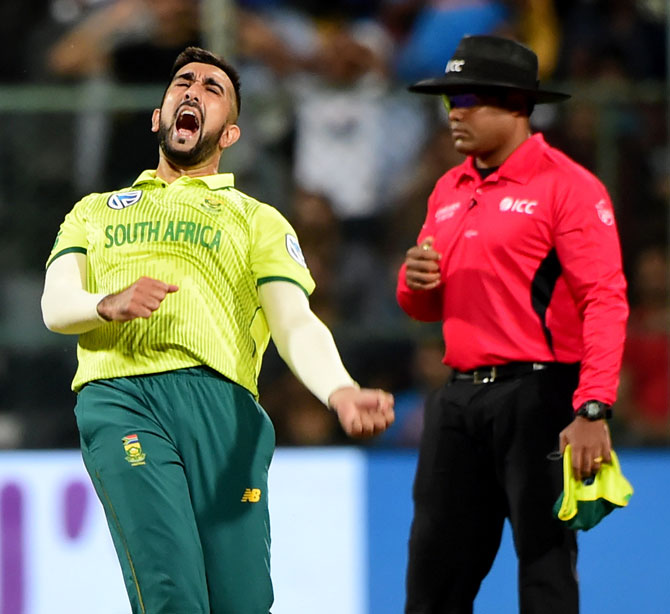 The first six was smashed over long-on and the for the second maximum, Dhawan sashayed down the ground, played against the turn, before striking the ball towards long-off.

Going for one too many, Dhawan mistimed Shamsi, who had his revenge after Temba Bavuma completed a neat catch. Kohli, too, followed suit as Andile Phehlukwayo pulled off a fine running catch in the deep, much to Rabada, the bowler on the occasion, and his team's relief.

Shreyas Iyer and Rishabh Pant, who improvised to scoop Dwaine Pretorius over the fine leg boundary, threw away their wickets within two balls, leaving India in trouble at 92 for five in the 13th over. 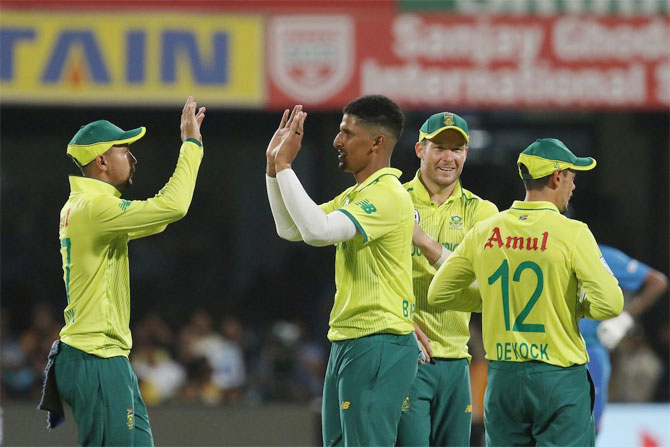 After Pant fell prey to Fortuin's smart piece of bowling, Iyer stepped out only to be stumped off a wide ball.

It was yet another failure for Pant and once again to a left-arm spinner. After Santner accounted him in the World Cup, Fortuin has now got him twice in two games.

At the toss, Kohli's contention was that he doesn't want the team to slip into a comfort zone. Batting first or second, he wants his team to be a master of all situations with little more than a year left for the T20 World Cup.

However, it did not prove to be a successful move as South Africa staged a strong comeback to level the three-match series 1-1 after the first game was washed out. 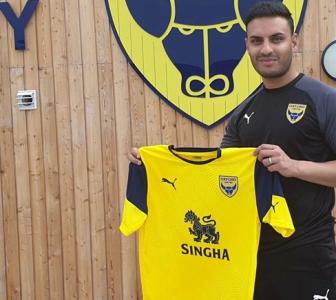 Oxford United's Siddiqi to turn out for Real Kashmir FC 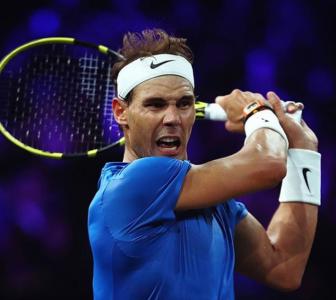 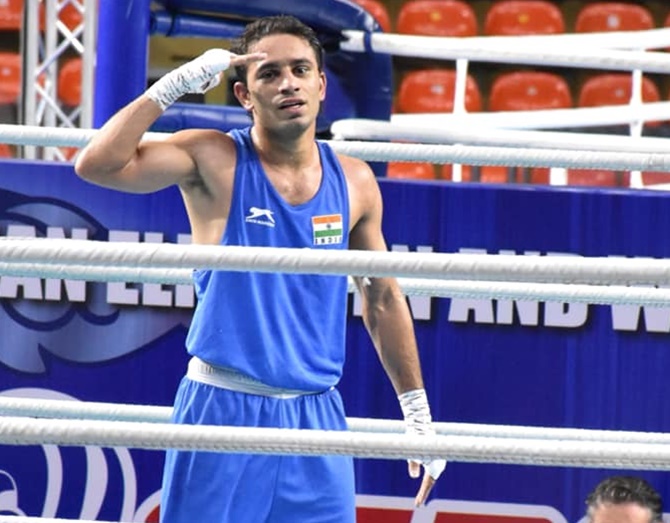 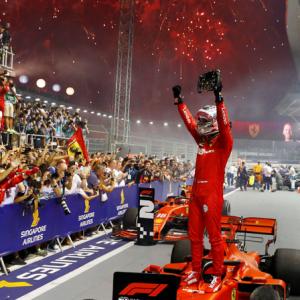 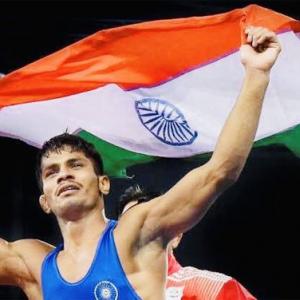