If the RBI had made a one per cent rate cut back in November 2014 when inflation risks had moderated, banks would have made approximately Rs 50,000 crore of treasury profits, says Janmejaya Sinha.

The attempt by the Reserve Bank of India (RBI) to clean up bank credit portfolios in one financial year has made this one of the worst quarters in Indian banking.

Bank losses have already surpassed Rs 12,000 crore (Rs 120 billion) and most bankers say the worst is to follow in subsequent quarters.

A problem evident but poorly addressed over the last five years is now expected to be cleared in one year.

While the RBI is directing banks to recognise and write off bad loans it is at the same time urging the government to maintain its commitment to the fiscal deficit target.

It is thus no surprise that the capital promised by the government to banks of Rs 75,000 crore (Rs 750 billion) over three years is a drop in the ocean.

The extant legal system is excruciatingly slow and typically ensures that even good assets that are seized turn bad by the time the court decision is taken.

Any asset which is written down and under litigation can't get fresh lending, so sours quickly.

Writing down assets necessitates capital raising at the same time as bank credit ratings get marked down.

Banks then have to restrict lending to preserve capital and thus bad loans become a bigger part of a shrinking credit portfolio.

Bank price to book ratios are likely to fall below 0.5, which is what they are today.

The well-intentioned clamour to bring the government's stake down below 51 per cent in public sector banks is highly improbable without broad consensus, and a functioning Parliament.

So could the RBI have followed a different approach?

In 2007, the financials of the Indian banking system were the best in the world.

But 10 years later, bad loans together with restructured assets are around 14 per cent of Indian bank assets. How did this come about?

The origins of the current banking problems arose during the Eleventh Five-Year Plan (2007-12).

The government's $500 billion (about Rs 30 lakh crore in today's exchange rate) push into infrastructure, when India's GDP was only a trillion dollars, created a funding gap for which the government sought substantial private sector participation.

During the Plan period, 4,910 capital projects of over Rs 150 crore came up but unfortunately 2,238 of them got stalled due to disputes of different kinds - on environment, land, and PPP contract terms.

The impact of two-year delays in capital projects led to full erosion in the project equity, and so debt-equity ratios of infrastructure companies rose from 1.3 in 2008 to three in 2013.

Fifty per cent of bank restructured assets were in infrastructure, steel, power and telecom sectors.

While there were some cases of rank poor lending, it was clear that the sectors showing stress were important sectors for India.

Back in 2001, when Bimal Jalan was the governor of the RBI, Indian industry faced a similar challenge.

Gross NPAs of banks were around 12 per cent, net NPAs were close to six per cent, bank RoAs were 0.5 and WPI (then the targeted index) was at 7.13 per cent.

To address the situation, Dr Jalan, over the three-year period starting 2001, cut interest rates by 300 basis points (one per cent a year).

This allowed banks to capture treasury profits which helped them provide for bad loans, spurred the credit cycle, and by 2004 had contained the crisis.

The RoAs of the banking sector rose above one per cent and credit was growing at 28 per cent despite rate rises in 2005 and 2006.

If the RBI had made a one per cent rate cut back in November 2014 when inflation risks had moderated, banks would have made approximately Rs 50,000 crore of treasury profits, which would have both facilitated earlier provisioning and given a fillip to the credit cycle.

Today, with low oil prices, a negative WPI for over a year, negative interest rates in many countries, and the US abandoning its rate rise intent, how does the RBI not do a one per cent rate cut?

It will provide the same benefits - treasury profits, provisioning space, and a fillip to investments.

Mature assets will start to become productive rather than be caught up in litigation.

Bad loans will shrink as a percentage of bank credit portfolios, credit ratings will improve, and with an improved market sentiment, capital raising will become easier.

Further the push to cashless transactions and digitisation from the RBI could have come earlier, creating incentives for card and mobile payments and a push for POS machines.

Going cashless can lead to a reduction in bank branches, currency chests and ATMs. Bank operating models need to be re-imagined.

Down the road the question of taking the government's stake below 51 per cent (above 26 per cent) should be raised again.

At a time when India is one of the few bright spots in the global economy this is a self-goal we did not need. 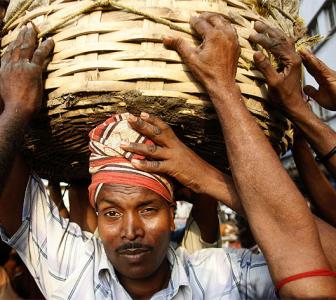 'India is a great bottom-up winner' 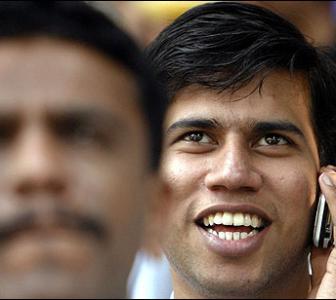 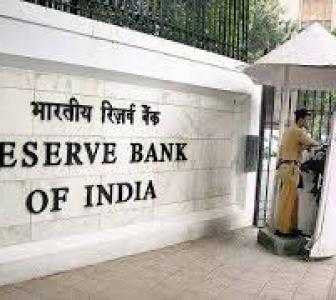